Female models and their negative effect on men 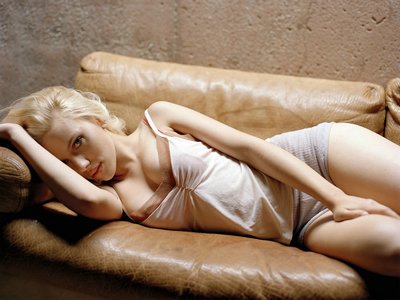 We all know that seeing female models can have a negative effect on how women think about themselves, but really, it seems hard to believe that they would have the same effect on men. Still, Jennifer Aubrey, a leading researcher of media effects on body image, completed three different studies that led to the same conclusion: it’s actually men that are more affected.

In the first study, she measured the male exposure to magazines such as Maxim, FHM, etc, and she found that the readers pick up two different messages: the visual (which of course, is of sexually sugestive nature) and the textual (which reffers to fashion, sex, technology, urban culture, etc). She then measured men’s self awareness about their bodies, and the appearance anxiety.

“We found that reading lad magazines was related to having body self-consciousness a year later,” said Aubrey. “This was surprising because if you look at the cover of these magazines, they are mainly images of women. We wondered why magazines that were dominated by sexual images of women were having an effect of men’s feelings about their own bodies.”

To conclude the test, they divided men into two groups. A group received pictures with great looking females while the second received the same pictures, only with average boyfriends added to them and explanations about how female models are attracted to average people.

“We found that the men who view the ads with the average-looking boyfriend in the picture reported less body self-consciousness than the men who saw the ads with just the model,” Aubrey said. “When the men felt that the model in the ad liked average-looking guys, it took the pressure off of them and made them less self-conscious about their own bodies.”