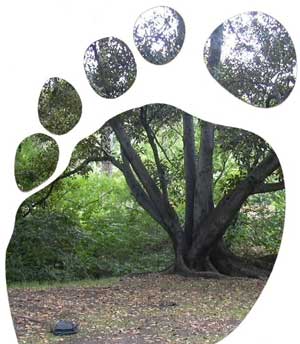 The growing economic strength of the European Union is something most europeans are proud of but what most are not aware of is that this growth has doubled the ecological pressure on the planet in the past 30 years, according to a WWF report

WWF stands for World Wildlife Fund and conducted this research which shows some dire perspective for environments in Europe. Of course, one could argue that technology has advanced and population has increased but in fact environmental pressure has been growing at a faster rate than the European population. This has created a deficit of natural resources for the rest of the world and for future generations.

“Just a generation ago much of Europe was an ecological creditor, using fewer resources than it had,” said Tony Long, Director of WWF’s European Policy Office. “But today Europe lives beyond its means. If the world’s citizens lived as Europeans, we would need 2.6 planets to provide the necessary resources and absorb the waste.”

“What we currently measure as development is a long way away from the EU and world’s stated aim of sustainable development,” said WWF International President Chief Emeka Anyaoku. “This is because economic decisions routinely ignore natural capital expenditure.” “Economic indicators are essential, but without natural resource accounting, ecological deficits will go unnoticed and ignored,” he added. “It is as if we spent our money without realizing that we are liquidating the planet’s capital.”.

In fact just three countries — Finland, Latvia and Sweden — run an ecological deficit. But this does not mean that they are doing just fine. Finland’s pressure on environment, for example, has grown by 70% since 1975 and is now the highest among EU countries.

The Ecological Footprint measures humanity’s demand on the biosphere in terms of the area of biologically productive land and sea required to provide the resources we use and to absorb our waste. The footprint of a country includes the cropland, grazing land, forest and fishing grounds required to produce the food, fibre and timber it consumes and absorb the waste it emits. The Union is responsable for about 16% of the global ecological footprint.