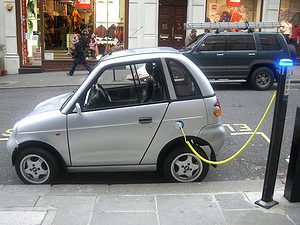 There’s a general belief, most likely resulting from extensive marketing ploys, that electric cars are the cleanest mean of transportation, and an adoption should be hastily made in order to save our planet. While it’s true that electric cars have virtually zero emissions and not even one part per million of CO2 is released during operation, a new research by scientists at the Norwegian University of Science and Technology found that  electric cars can be twice as harmful to the environment than conventional cars, during the manufacturing process, while the electricity sourced from fossil fuels needed to power the vehicles harm the environment also needs to be factored in. The study suggests that electric cars aren’t that green as previously thought.

During the researchers’ extensive analysis, they locked down the life-cycle impact of conventional and electric vehicles. More precisely, every carbon emission from the very first bolt that goes into a car, until the vehicle rolls down from the factory to commence operation, to its very dismantlement at the end of the product’s life has been taken into account.  The findings were surprising.

“The production phase of electric vehicles proved substantially more environmentally intensive,” the report said, comparing it to how petrol and diesel cars are made.

“The global warming potential from electric vehicle production is about twice that of conventional vehicles.”

The main issue lies in the battery, most often made from toxic materials nickel, copper and aluminium. Scale this to millions of cars in the world and you’ve got yourself a frightening acidification potential.

“Across the other impacts considered in the analysis including potential for effects related to acid rain, airborne particulate matter, smog, human toxicity, ecosystem toxicity and depletion of fossil fuel and mineral resources, electric vehicles consistently perform worse or on par with modern internal combustion engine vehicles, despite virtually zero direct emissions during operation,” according to  co-author Prof Anders Hammer Stromman..

Electric cars are not that green after all

The researchers conclude that electric vehicles significantly pollute the environment before they even get a chance to hit the streets, and also once operation commences, they’re far from being completely emissions free since in most countries the electricity which is needed to power such automobiles is generated from fossil fuels. This is not to say that electric cars are more harmful to the environment than conventional vehicles.

The truth of the matter is, electric cars need to reach an operation threshold for them to become significantly superior to diesel or petrol powered cars, as well as supplying them with electricity generated from alternative, more environmental-friendly sources. The researchers estimate that for a life cycle of 200,000 km, electric cars improve on gas and diesel engines by around 28% and 19% respectively. At 100,000 km however its relative environmental impact is much larger, and shows an improvement of only  9% and 14%, compared to gas and diesel, respectively. If the electric car is powered from an area where the electric mix is more environmentally favorable, like in Europe, an extra 10% boost in favor of the electric car is gained.

As battery life is improved, and production is made more environmentally favorable, electric cars should experience a significant decrease in their carbon footprint. Now the take away of this study is not that electric cars are bad or, in extreme cases, worse than diesel or gas powered internal combustion engines, but that the zero emissions vehicle is a pure myth. Personally, even now despite its shortcomings, I honestly believe a massive shift towards electric needs to be made. Oil during the extraction process itself causes a lot of harm to the environment, without counting the social aspects of its exploitation (see wars), not to count the environmental impact it has during its actual combustion – that’s a whole different fish soup. Also, greenhouse emissions can be trapped at a coal plant, while emissions running rampant from an exhaust pipe from hundreds of millions of vehicles around the world can not. Wind, hydro and solar power sources are increasing their relative margin in the electricity production pie every year, albeit with slow progress, and anyone with an ounce of reason could see that oil is far from being a sustainable model – it needs to be dropped fast. But it’s oh-so profitable…

“A more significant reduction in global warming could potentially be achieved by increasing fuel efficiency or shifting from petrol to diesel,” the report said.

“If you are considering purchasing an electric vehicle for its environmental benefits, first check your electricity source and second look closely at the warranty on the batteries,” said Professor Stromman.

Findings were published in the Journal of Industrial Ecology.