by Tibi Puiu
in Health & Medicine, Studies
Reading Time: 2 mins read
A A
Share on FacebookShare on TwitterSubmit to Reddit 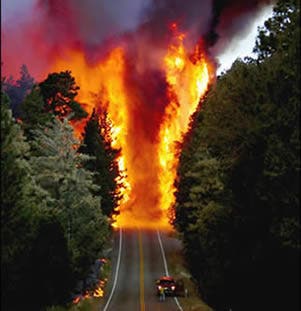 In the first study of its kind, a group of researchers have quantified the financial impact of climate-change infused natural disasters on health care in the U.S., during the past decade. Floods, famines, fires and other natural disasters are reported to have cost the US government $14 billion in lost lives and and heath care costs.

“When extreme weather hits, we hear about the property damage and insurance costs,” said Kim Knowlton, a senior scientist at Natural Resources Defense Council and a co-author of the study. “The healthcare costs never end up on the tab.”

If you think these numbers are high, consider the researchers only chose a highly conservative margin, by only picking six significant climate-change related natural disasters between 2000-2009.

Interestingly enough, researchers estimated that the 1,689 premature deaths from all six catastrophes cost $7.9 million each—meaning casualties contributed the bulk of the climate change costs. It’s odd to put a fix price on human life, but for the sake of the study, the authors pinpointed the total cost of casualties for these six natural catastrophes alone at $13.3 billion.  Health care costs from hospitalizations, emergency room visits and consulting doctors summed up the remainder of $740 million.

To put things into perspective, 14 weather disasters in the United States so far this year have cost at least $14 billion, according to Jeff Masters of the Weather Underground website. However, the study, while very interesting, manages to raise more questions than it answers. For instance, more than 287 million Americans live in areas where ground-level ozone levels climb above 80 parts-per-billion for extended periods, which probably would also amount in time to hundreds of millions in heath care as well, although it doesn’t necessarily relate to a one-time climate disaster. I believe if someone would try to factor in all the climate change factors, induced by human consumption, one would certainly come up with astronomical figures.

For Mark Conley of Raymond, Maine, whose 11-year-old son Jake suffers from asthma that gets worse with the rise in ozone air pollution, the calculation is more than dollars and cents, however.

“On those days that are really bad out there, he doesn’t have the lung capacity,” Conley said of the son who plays soccer, basketball and baseball. “A lot of times we have to pull him out of the game.”

The study was published in the latest edition of the journal Health Affairs.