by Mihai Andrei
in Climate, Geology, Studies
A A 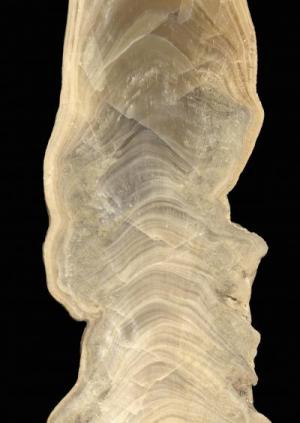 Basic paleoclimatology and one a little more

There have been many climatic shifts throughout the geologic period of our time. The abrupt climate change events that occurred thousands of years ago are very important to us because they took place closer to this day and so there is a greater chance of repeatability. We must understand that in order to prevent it from happening again or be ready should it happen again.

So paleoclimatologists analyze glaciers and the icy plains trying to find clues about what happened and the factors that made it happen. But Georgia Tech Assistant Professor Kim Cobb and graduate student Jud Partin did something more creative than that: they went underground.

They claim that inside the caves of the tropical Pacific island of Borneo are some of the keys to understanding how the Earth’s climate suddenly changed – several times – over the last 25,000 years. They do that by studying the pilar-like rock formations that stem from the ground in caves. Those are called stalagmites. They are formed due to the dripping of mineralized solutions and the deposition of calcium carbonate so it makes sense that they hold clues.

“These stalagmites are, in essence, tropical ice cores forming over thousands of years,” said Partin. “Each layer of the rock contains important chemical traces that help us determine what was going on in the climate thousands of years ago, much like the ice cores drilled from Greenland or Antarctica.”. The tropical Pacific plays a very important role in the climate variations around the globe. Just look at Pacific’s El Nino and the numerous weather patterns it influences. But it is harder to say what role it played those years ago.

Partin and Cobb cut open each stalagmite and took 1,300 measurements of their chemical content to determine the relative moisture of the climate at various periods in history starting from the oldest layers at the bottom to the present at the top.

“Currently our knowledge of how these dramatic climate changes occurred comes from just a few sites,” said Cobb. “As more studies are done from caves around the world, hopefully we’ll be able to piece together a more complete picture of these changes. Understanding how the dominoes fell is very important to our understanding of our current warming trend.”. “In addition, the Borneo records indicate that the tropical Pacific began to get wetter before the North Atlantic recovered from the Heinrich 1 event 14,000 years ago. Perhaps the tropical Pacific is again driving that trend,” said Partin.

Their results are published in the 2007 issue of the journal Nature and they show great promise.