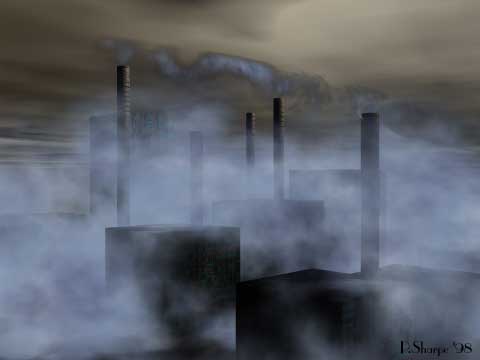 Despite of the all the efforts (which by the way, are not as numerous as you may think) which have been done, pollution and global warming are still “hot” topics, with no great solution in sight. Some studies claim that things are not as bad as we believe, others claim that it’s worse. Still, one thing’s for sure: the situation is not that great; everybody sees it, and the future is quite cloudy.

On top of this, it seems that CO2 (which is the main cause for global warming) is worsening air pollution around the world. A new climate-modeling study indicates that as the world warms, CO2 will cause more and more pollution-related deaths. The single good thing here is that this work helps scientists understand the complex processes which occur with the world climate and pollution at the time.

Atmospheric scientist Mark Jacobson of Stanford University in Palo Alto, California, designed a computational model that included atmospheric chemistry and air-ocean interactions and simulated the distribution of gases, including the kinds of pollutants commonly found in cities. Also, it is probable that a warmer world will have fewer winds that blow pollution up and out of cities, and that higher levels of water vapor around cities could help catalyze the production of ozone. While the ozone layer is vital because it absorbs 97-99% of the sun’s high frequency ultraviolet light, which is potentially damaging to life on Earth, if ozone is formed when pollution is struck by sunlight, it becomes the main component of smog and can worsen respiratory disease and asthma.

In order to make a thorough and exact analyze, he compared the 2006 CO2 levels to the ones in the preindustrial 1750. After analyzing pollution levels for carcinogens, ozone, and particulates, Jacobson found that each degree of warming caused by carbon dioxide is responsable for roughly 1000 deaths to the 50,000 to 100,000 annual deaths in the U.S. related to air pollution; this was published in an issue of Geophysical Research Letters published earlier this month.

“You’re not seeing a huge percentage of deaths, … but in terms of absolute numbers, it’s still a lot of people,” Jacobson says.