by Mihai Andrei
in Studies, World Problems
A A

First of all, don’t think of alien species as extraterrestrials; if you came here wanting to hear about that – sorry. Thankfully, the sci-fi scenario is not upon us. I’m talking about species which haven’t originated from Antarctica – seeds, fungi, microorganisms, they go wherever they are taken, and wherever people take them. If you have researchers or some tourists, they can carry a significant amount of intruders, which can be extremely harmful to the aborigen environment.

Preventing is better than treating 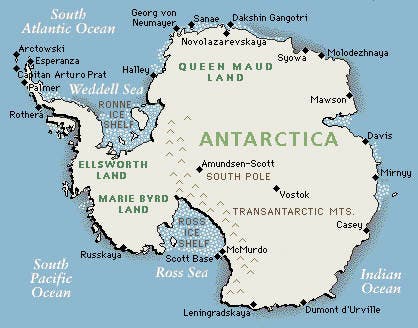 There have been numerous examples of intruder species harming a local environment, and even destroying an ecosystem, which is why researchers are paying extra attention to the matter, even when it comes to microorganisms.

“We are still at the stage when Antarctica has fewer than 10 non-native species, none of which have become invasive,” said Kevin Hughes, an environmental scientist with the British Antarctic Survey. “Unless we take steps now to minimize the risk of introduction, who knows what will happen.”

Invasive species often fluorish when brought to a new habitat, and when it comes to bacteria or fungi, some of the most resistant and adaptable creatures in the world, this is definitely a problem you don’t want to cause. Hughes and other researchers have set out to find exactly what has been brought unintentionally to the pristine Antarctic lands by some of the international research teams.

In order to do this, they tested more than 11,250 pieces of fresh produce arriving at nine research stations in the Antarctic and the sub-Antarctic islands; the produce, which included everything you would expect in this case, from apples to pawpaw trees to turnips, was shipped from around the world. What came with it was extremely diverse, including at least 56 invertebrates – slugs, butterflies, aphids, twelve percent of them had soil with them, and more than a quarter were rot from bacterial infection.

An alien problem in Antarctica

“Are these numbers surprising, or does it mean this is likely to be a problem? It’s pretty hard to say,” said Daniel Simberloff, a professor at the University of Tennessee, Knoxville, who was not involved with the research. “The upshot is that there’s just enough people going to some parts of Antarctica nowadays that lots of organisms are carried there. I have to think this isn’t good, and some subset of them are going to pose environmental problems.” 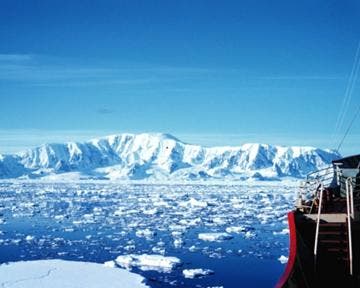 The study was actually part of a larger effort to see exactly what arrives in Antarctica; the bad thing is that there is little that can be done to prevent anything from actually entering, all researchers can do is minimize the risk.

“To be quite honest, the only way we are going to stop the introduction of nonnative species is to stop going to Antarctica, to cut off all the pathways,” Hughes said. “What we can do is try and minimize the risk of introduction and we can do that by relatively simple steps.”

He concluded that the best thing which can be done is to pay more attention to where the food comes from, as well as create a more responsible system of disposing of the leftovers.

So far, alien species have had little success in the harsh environment, with only a tiny fly, the black fungus midge, managing to barely survive in Antarctica, but they might get a little more help from global warming, which will cut from the severity and harshness of the environment.