Scientists heat matter to hotter than surface of the Sun 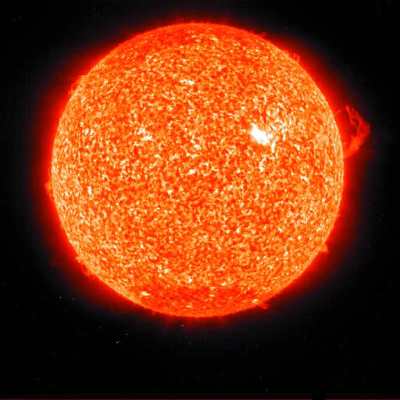 Think about the hottest thing that comes to your mind; probably, 90% of people would answer the Sun. But what if you found out that some scientists in Oxfordshire have heated matter to 10 million Celsius, hotter than the surface of the Sun, marking a major landmark in research, you’d probably change your mind.

The break of this amazing milestone was possible due to an international team of scientists from Japan, the EU and the US working at the Rutherford Appleton Laboratory. This comes as a crowning in the field of high energy density physics.

Previously, scientists have been able to heat only ultra-thin layers of matter which were actually more than 100 times thinner than a milimeter. With this, scientists are one step closer to achieving laser fusion, the process that “powers” the Sun. The Vulcan laser concentrated power equivalent to 100 times the world’s electricity production into a tiny spot for a fraction of a second.

“This is an exciting development – we now have a new tool with which to study really hot, dense matter” says Prof Norreys, whose work is backed by a research council called the STFC.