by Mihai Andrei
in Mathematics, Research

A team of Swedish scientists paired with a USC researcher to crack the Copiale Cipher, thus revealing secret rituals and beliefs of a secret German society that had a fascination for ophtalmology. 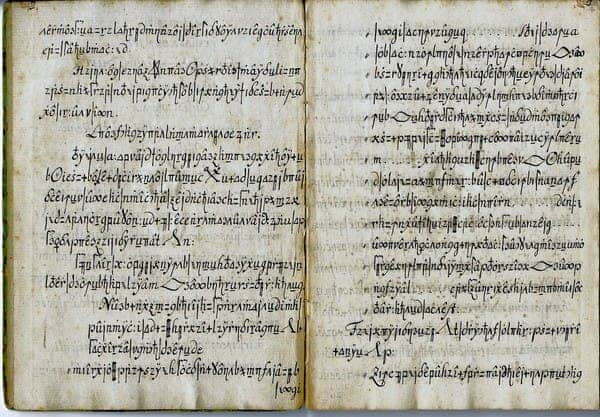 Thousands of old and obscure symbols filled over 100 pages of text which was found in Berlin towards the end of the Cold War. For USC computer scientist Kevin Knight and two Swedish researchers – this was a challenge. So, after months of hard work and imagination, after going on the wrong path for several times, they finally went on the right trail and started deciphering it.

At first, they only revealed one single world – ceremonie, a variation of the German word for ceremony, but it helped them enough to figure out the rest. Breaking the Copiale Cipher revealed fascinating information about a German secret society that had an unusual fascination with eye surgery and ophthalmology.

But perhaps even more exciting than the society itself is the fact that, after centuries of tries and fails, they were actually able to break the code! In January, Knight began working with Beata Megyesi and Christiane Schaefer of Uppsala University in Sweden – and in April, they had it solved. They ran statistics of 80 languages, trying to fing patterns and clues hidden between the symbols, believing at first that they secret lied in the Roman letters between the symbols that dotted the pages. Using a combination of computer calculation and human creativity, they finally found the key to it.

Graeme Hirst, a professor of computer science at the University of Toronto, said Knight’s work reminded him of that of Alan Turing, the British genius who cracked the German codes during WWII.

“Kevin and his team are channeling their inner Turing,” he said, “except they are faster and better because of all that we’ve learned.”

The key here lied not in the analytic power, but in the nimble and agile way of thinking researchers applied.

“This is something humans did,” he said, “not something computers did.”.