Scientists devise qubits in a semiconductor for the first time

by Tibi Puiu
in Physics, Research, Science
A A

Hailed as yet another big step towards devising working quantum computers, scientists at Ruhr-Universität Bochum (RUB) have successfully managed to generate quantum qubits inside a semiconductor for the first time, instead of vacuum.

A qubit is the quantum analog of a bit. While a bit must be read either as a 0 or 1, the qubit can be read as 0, as 1 or both states at the same time, known as a superposition. What really sets a qubit apart from your typical bit, though, is quantum entanglement, which is a form of superposition, but not quite. The video below this paragraph explains very well what quantum entanglement is all about better than I ever could. It’s suffice to say, however, that quantum entanglement is a must have prerequisite for quantum computation which can not be rendered effectively with a classical computer. It’s entanglement that allows a qubit to have complex variables assigned to it, which scientists believe will significantly one day increase the computation power, and in doing so will open a portal to a new realm of quantum research, currently impossible. 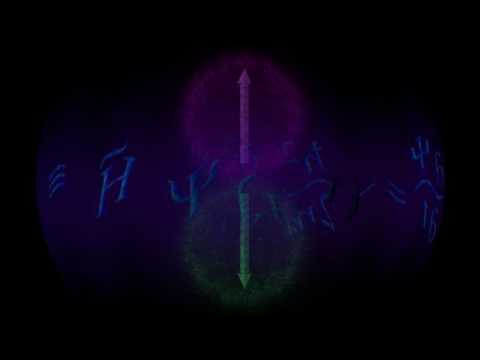 Back to the breakthrough research at hand, physicist Prof. Dr. Andreas Wieck and colleagues were able to use the trajectories of an electron through two closely spaced channels for encoding qubits in a semiconductor. For a qubit to be preserved it’s imperative that the electron wave doesn’t disperse and loses its ability to encode information, the case when traveling through a solid. To tackle this issue, the scientists applied a solution proposed by Wieck some 22 years ago, consisting of a high-purity gallium arsenide crystal marked by dual channels.

These dual channels allow electrons to move through a tunnel on well defined parallel paths, which ensures the electron wave doesn’t travel through different paths and preserves phase information. Only one single electron fits through at a time, until they reach a fork. At this fork, two electrons take the same path simultaneously and merge, causing an electron waves to interfere each other and, in some occasions, cause qubits with more than one state to form. Currently, only a small percentage of the fired electrons emerge as qubits, but the researchers hope to increase its efficiency.

“Unfortunately, not all the electrons take part in this process, so far it’s only a few percent,” commented Wieck. “Some students in my department are, however, already working on growing crystals with higher electron densities.”

The scientists’ findings were published in the journal Nature Nanotechnology.