The touchpad keyboard – coming to a laptop near you 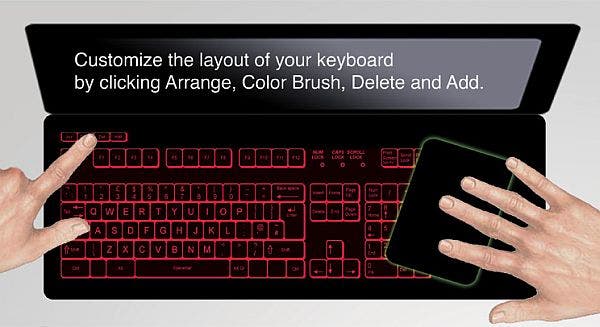 Touch is revolutionizing everything these days – first it was the touch screen, then it was the touch pad, and it seems, tomorrow – it will be the touch keyboard. The thing with keyboards is, everyone likes it some other way; some want a bigger distance between buttons, some have smaller fingers, some need certain buttons while some are only annoyed by them. The major advantage with the touch keyboard is that you can customize your own settings, and save several different profiles for one keyboard, thus keeping everybody happy. 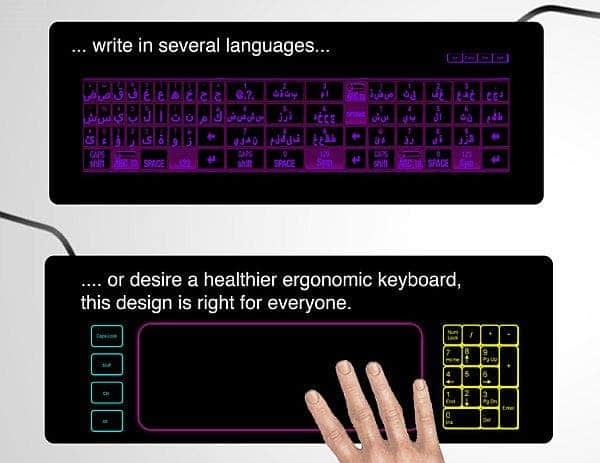 The Fujitsu Keyless Lifebook concept allows you to customize virtually everything on the touchpad; you can include or remove different keys, choose your own special layout, whatever gets your ball going. You can even add a different colour to each key – it may not be extremely useful, but it will make the pretty hard transition from a physitical keyboard to a touch system more bearable. 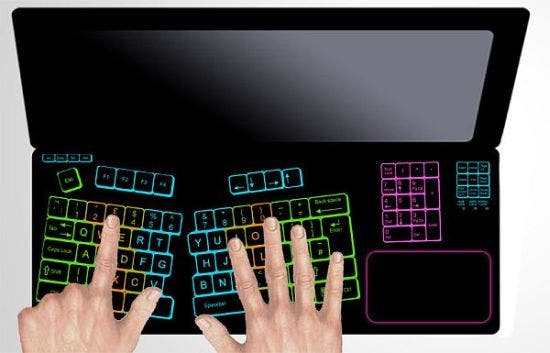 You won’t see this in stores today or tomorrow, but it is already a work in progress, and Fujitsu promises that we will see the first ones really soon – and even if they get lazy about it, some other company will definitely step in after all it’s a brand new market, and a brand new product. Hopefully, it will be one that will lighten up the faces of users.