by Mihai Andrei
in Inventions, Renewable Energy
A A

A British company has developed colored but transparent solar cells which add just 10% to the price of the glass they are attached to.

Oxford Photovoltaics, a spin-off from the University of Oxford, was able to “print” colourful glass that can generate electricity from the sun’s energy; they reported a £2m funding boost on Tuesday, which they will use to develop their technology and make it commercially available, for glass, or why not – buildings themselves. The company only has 4 employees now, so they’re looking forward to hiring experienced staff.

“What we say here is rather than attach [solar] photovoltaics to the building, why not make the building the photovoltaics?” Kevin Arthur, the company’s founder and CEO, told the Guardian. “If you decide to build a building out of glass, then you’ve already decided to pay for the glass. If you add this, you’re adding a very small extra cost. [The solar cell treatment] costs no more than 10% of the cost of the facade.” 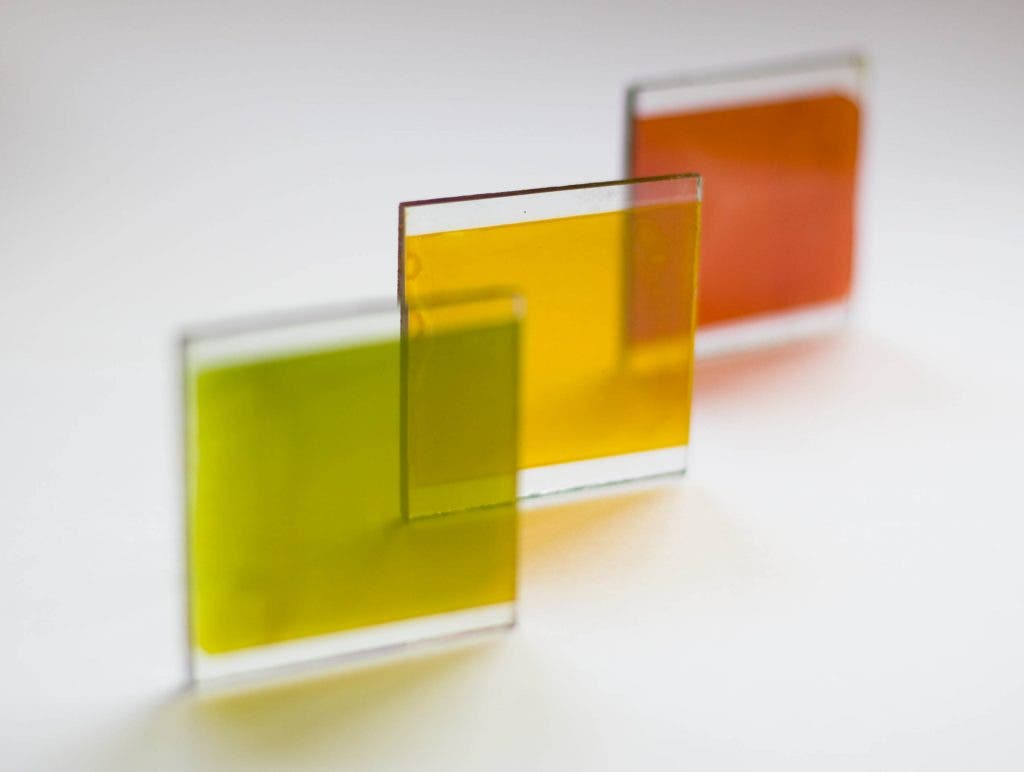 The technology works by adding a layer of transparent solid-state solar cells at most three microns thick to conventional glass, and can gather sunlight at a 12% efficiency; the energy can be used to power up the building or sent back to the national grid. Most solar panels kick in at about 15% efficinecy, so this transparent glass works pretty well, and it also comes in a variety of colors (though only black ones get 12%, it’s a little lower for other colors).

“Within reason we can print any colour, there’s a wide range of dyes, blues and greens and reds and so on. But different colours have different efficiencies: black is very high, green is pretty good and red is good, but blue is less good,” said Arthur.

So if you really want to go for efficiency, as always with solar energy, black’s your friend. But you can also opt for a compromise.

So, what’s the problem? 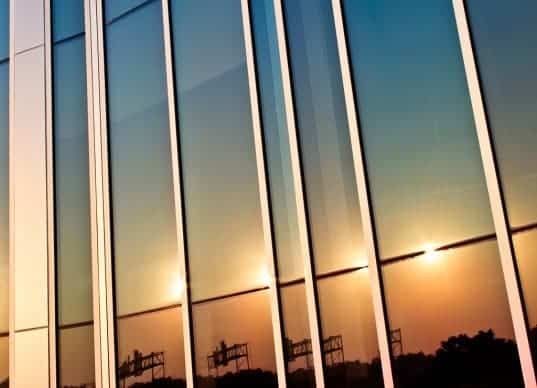 Well, of course, the first problem is that the glass is colored – I mean really colored. Most people wouldn’t like working in a building with such windows, so it’s only appliable to some cases. But even in this case you can make the windows entirely transparent, and make objects in the office absorb light rays, solar-power generating materials on adjacent walls and large surfaces; not as effective, but it could work.

Also, some clubs, cafes and the like would just love having this type of windows – mix in energy generating, and you have a very valuable recipe on your hands. It’s also perfect for tinting car windows in hybrids, so I could easily see a lot of potential for this invention.