by Mihai Andrei
in Inventions
Reading Time: 3 mins read
A A
Share on FacebookShare on TwitterSubmit to Reddit

Three French students transformed a 3-D printer — a MarkerBot Replicator 3D printer, to be exact, into a tattoo machine! So we can now add “makes tattoos” to the impressive list of things 3D printers can do! 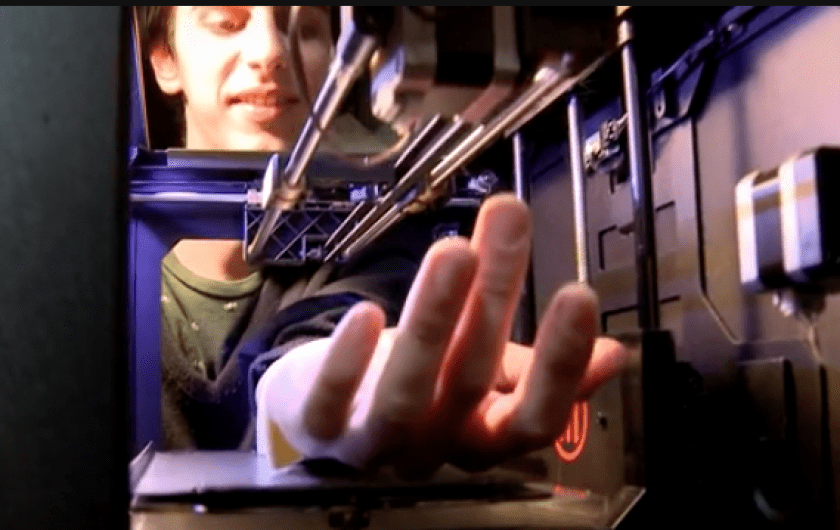 It all started with an idea that came to Pierre Emm, a young student in France, while he was riding his bike. Working with his colleagues Piotr Widelka and Johan Da Silveira, Emm took a MakerBot Replicator 3D printer and reconfigured it to “make the machine more incarnate”:

“An image passes very quickly … I wished to give them more time.”

So they modified the 3D printer to become a tattoo machine. It took them only 8 hours to get the desktop 3D printer to trace on skin, but they weren’t done with the project and wanted to make these tattoos real. They kept working. The prototype was built as part of a challenge set up by France’s Cultural Ministry.

It didn’t take them very long to get the 3D printer to create a circle, first on a piece of fake skin, and then on a real volunteer, and voila! The first 3D printed tattoo was born! 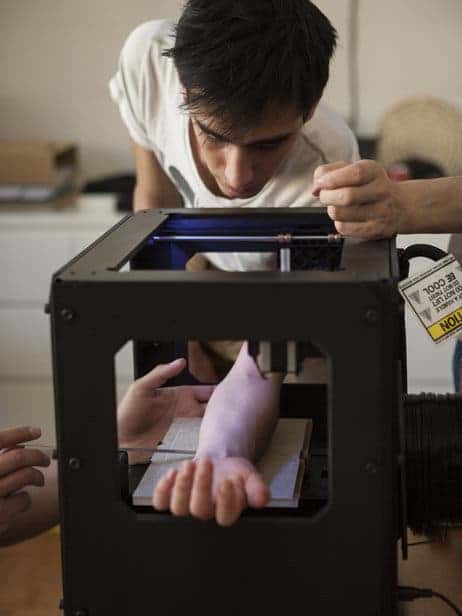 If you want to make your own tattoo-ing 3D printer, it’s as simple as “un deux trois”! They documented the step-by-step at their Instructables site. This is what you need to do: first replace the 3D printer’s extruder (what is normally used to squeeze or print with) with a regular tattoo gun. Then you need to either create your own or acquire a tattoo printing program… and the only thing you need is a volunteer to print it on!