by Tibi Puiu
in Anatomy, Health & Medicine, News
A A

Many herald 3-D printing as a new wave set to revolutionize manufacturing in the 21 century. I fully agree in most respects, however the benefits medicine can achieve through this technology haven’t been stressed enough, maybe. There’s a pen that 3-d prints bone directly on lesion sites, 3d printed skin or prosthetic. It’s the field of medical implants, however, where 3d printing is proving to become a game changer. For instance, surgeons in Holland recently replaced the cranium of 22 year-old woman with a custom built synthetic version that fits the patient perfectly – a procedure otherwise extremely difficult if not impossible to perform.

The woman from a rare form of bone ailment which caused her skull to grow three times large in thickness than it was supposed to. The pressure caused extreme pain to the patient and in the later stages leading to the surgery, the woman reported loss of vision and motor skills. Without this cranium replacement, she would have surely died in a few years. A video below shows how the surgery was performed, be warned of graphic images. 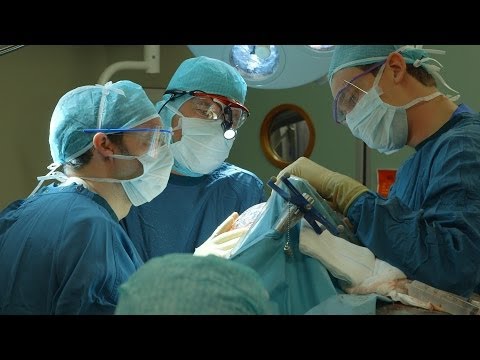 Doctors at Utrecht Medical Center in the Netherlands used a 3D printer to build a plastic prosthetic bone for what they said was the first full-skull transplant, Dutch News reports claim. In reality, the headline is misleading since the skull contains both cranium and facial bones – only the cranium was replaced.

“Implants used to be made by hand in the operating theatre using a sort of cement which was far from ideal,” Dr. Ben Verweij, a neurologist who led the medical team at Utrecht, told Dutch News. “Using 3D printing we can make one to the exact size. This not only has great cosmetic advantages, but patients’ brain function often recovers better than using the old method.”

Just a few years ago, there would have been no viable method to deal with the woman’s condition. Traditionally, cranium implants are made using in the operating room out of a type of cement. As you might imagine, these can’t be built with maximum precision and tend to be ill fitted. Considering a total cranium replacement was in order, no other way but printing the cranium to the millimeter to fit properly was possible. The implants are attached with titanium clasps and screws, and once secure, the scalp is re-attached.

In 2013, an American underwent a similar procedure after 75 percent of his skull was replaced with an implant printed by 3D technology. These sort of procedures will undoubtedly become more common, although not for cases such as extreme as these. Every year there are thousands of people  that suffer skull damage and brain swelling after an accident or caused by tumors.