by Tibi Puiu
in Mind & Brain, Neurology, Research
A A

The most complex object on Earth is the human brain. However, even though it’s intertwined by billions of nerve fibers almost in a chaotic fashion, scientists who have used sophisticated mathematical analysis of advanced imaging data found that the neural pathways that carry electrical signals through the brain are arranged in a very simple manner, resembling a grid. This counter-intuitive finding suggests that the neural structure is extremely simple, underlying the complexity of the brain.

“We found the brain is built from parallel and perpendicular fibers that cross each other in an orderly fashion. Finding this kind of simple organization in the forebrain of higher animals was completely unsuspected,” says Van Wedeen, MD, of the Martinos Center for Biomedical Imaging at Massachusetts General Hospital, who led the study. “Knowing there is a simple plan that, modified by evolution and development, gives rise to all brains has implications for researchers working to build an atlas of brain connections, for pursuing investigation of how the brain develops and for expanding theories of how the brain works.”

This staggering conclusion was made after the researchers, lead by Van Wedeen of Massachusetts General Hospital in Boston, employed a variation of  magnetic resonance imaging (MRI) that harnesses the diffusion of water in brain tissue. Previous research which tried to map the neural pathways of higher order animals, like primates, had been challenging because  each pathway crosses many others within a small space, making them difficult to interpret.

The method employed by the researchers in the present study basically tracks the movement of water molecules, which they used to brain brain nerves, but at the same time also highlight where these fibres cross. Four species of non-human primates (rhesus monkeys, owl monkeys, marmosets and galagos), together with human volunteers, have had their brains analysed using diffusion spectrum MR imaging. Mathematical analysis of all crossing or adjacent pathways in the brains showed that these were either perpendicular or parallel to the original pathway. Lower primates, like the Galago bushbaby, had a much more evident grid structure, revealing sheets of parallel fibres running at 90 degrees to each another, however moving up towards the primate tree showed that the pathways became progressively slightly more curved, still the grid-like structure was still preserved in humans as well.

This new grid structure finding might explain how the brain evolved progressively this well, considering a tangled up structure would make it difficult for mutations to  increment changes in connectivity.

“I don’t think anyone suspected the brain would have this sort of pervasive geometric pattern,” Wedeen says. “Although our findings could be described as a new longitude and latitude for the brain, they’re also leading us to an entirely new understanding of how and why the brain is organized the way it is. The old image of the brain as a tangle of thousands of discrete, unconnected wires didn’t make sense from an evolutionary standpoint. How could natural selection guide each of those wires into more efficient, advantageous configurations?

“The very simplicity of this grid structure is the reason why it can accomodate the random, gradual changes of evolution,” he continues. “It’s easier for a simple structure to change and adapt, whether we’re talking about the big changes that occur across evolution or the changes that can occur during an individual’s lifetime – both the normal neuroplasticity associated with development and learning or the damage that results from injury or disease. A simple grid structure makes both evolutionary and develomental sense.”

All extremely interesting, and if proven correct, the findings could have some important consequences on future brain studies. However, diffusion MRI can’t detect nerve fibres directly, instead it reconstructs images based on the movement of water molecules in a magnetic field. This makes the data interpretative and subjected to interference factors.  The present study is sure to stir controversy, but all for the best – more effort will be directed towards studying neural pathways. 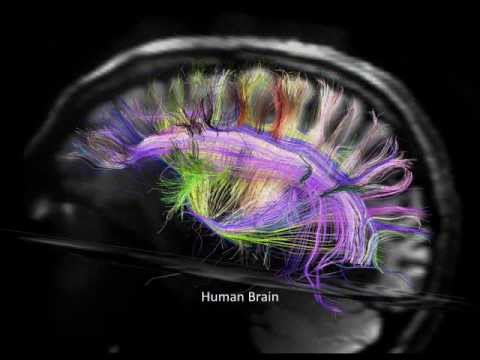 The findings were published in the journal Science.