How brain assesses crime and punishment 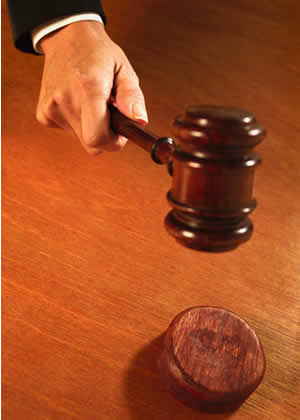 Combining law and neuroscience, the researchers at Vanderbilt University conducted a revolutionary study in order to find out exactly how one’s brain assesses crime and punishment.
After a crime has been committed an impartial third party has the role to decide whether the accused is guilty or not and how severe the punishment should be. While trying to find out how we reach a decision in these cases, the researchers discovered that there are, in fact, two areas of the brain which are responsible for this.
Owen Jones, professor of law and biology, René Marois, neuroscientist and professor of psychology, and graduate student Joshua Buckholtz scanned the brains of subjects using functional magnetic resonance imaging or fMRI in order to see which areas of the brain were activated when decisions concerning crime and punishment had to be taken.
Every subject had to read scenarios about criminal acts which were different concerning their gravity or the circumstances in which they were committed. The participants had to “punish” the perpetrator on a scale from 0 (no punishment at all) to 9 (extremely severe punishment). Sometimes the circumstances changed the situation totally as the people involved were either forced to commit a crime or were mentally ill.
The results proved to be very interesting as two different areas of the brain were activated, but for separate purposes. Firstly, the analytic part of the brain, also known as the right dorsolateral prefrontal cortex was responsible of the decision whether the people in the scenarios were guilty or not. However, this part of the brain proves not to be very active when it comes to deciding what punishment one should receive.
In this case, the emotive regions of the brain, such as the amygdala, were the ones involved in the decision-making.

“These results raise the possibility that emotional responses to criminal acts may represent a gauge for assessing deserved punishment,” said Marois.

This study shows that the two regions of the brain work together, but are used for separate decisions.
Another interesting result referred to the fact that the part of the brain used by third-party subjects to decide over someone’s guilt was the same as the one that had previously been discovered to punish unfair economic behavior in two-party interactions. This suggests that impartial decision making concerning guilt may not be very different from that concerning personal experiences.