Homemade supercomputer made with lego is highly energy efficient 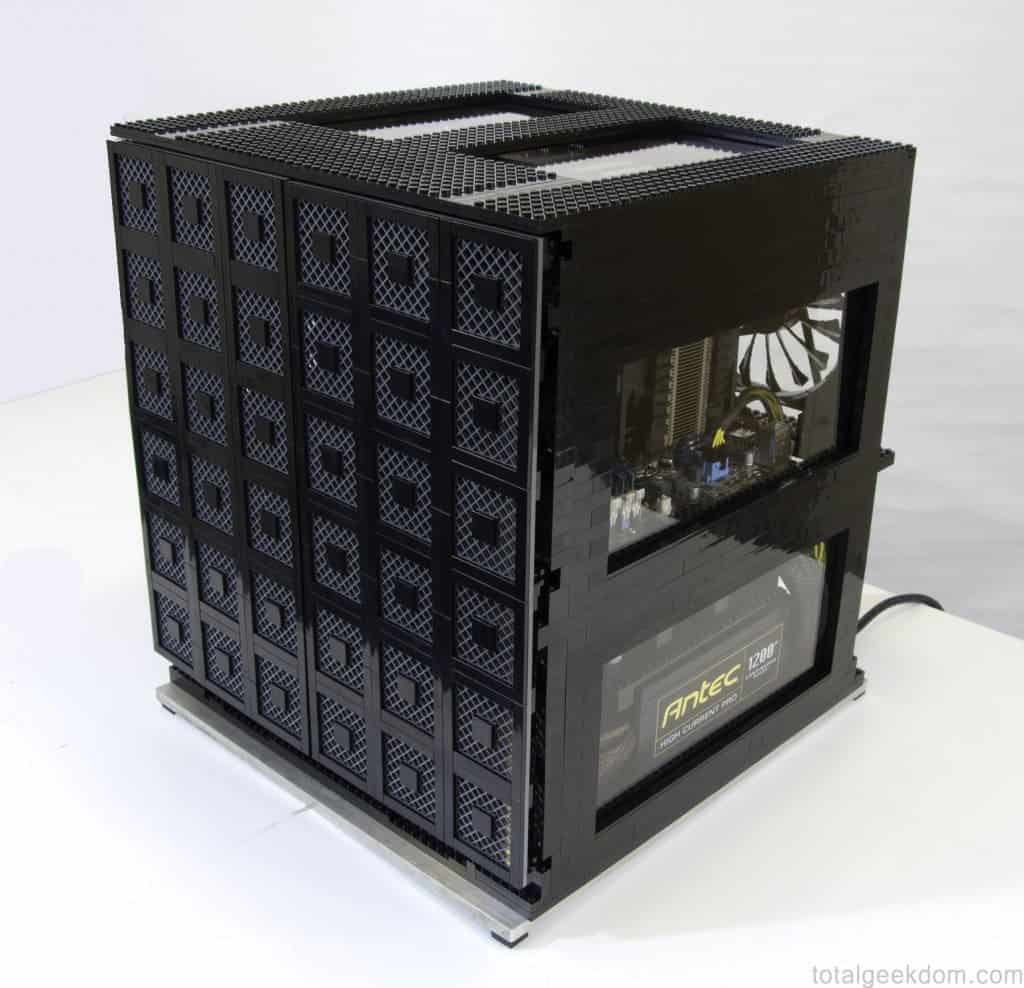 Mike Schropp can be considered a geek-tinkerer, a person whose passion for hacking, tweaking and generally setting things apart animate him day by day. His most recent project comes as a pinnacle to his self-proclaimed label, combining his passion for building computers and lego (you’d be surprised how well they come together) to build a highly efficient supercomputer.

He was inspired to begin his work with IBM’s World Community Grid project in mind, a highly ambitious collective project which involves donating your computer’s computing power while in idle mode and therefore speed up the time in which complicated computing may be completed. Research made, part of the project, includes various cures for diseases, energy efficiency programs, and loads of other highly important humanitarian projects. You can pitch to the WCG project and offer a hand or …bit simply by downloading a simple software from the official website. 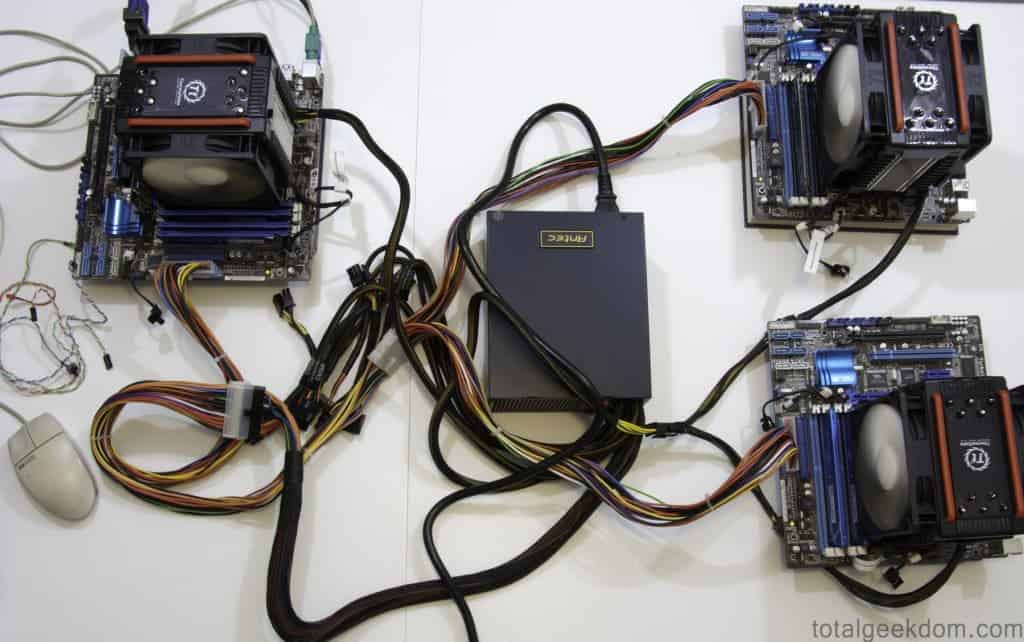 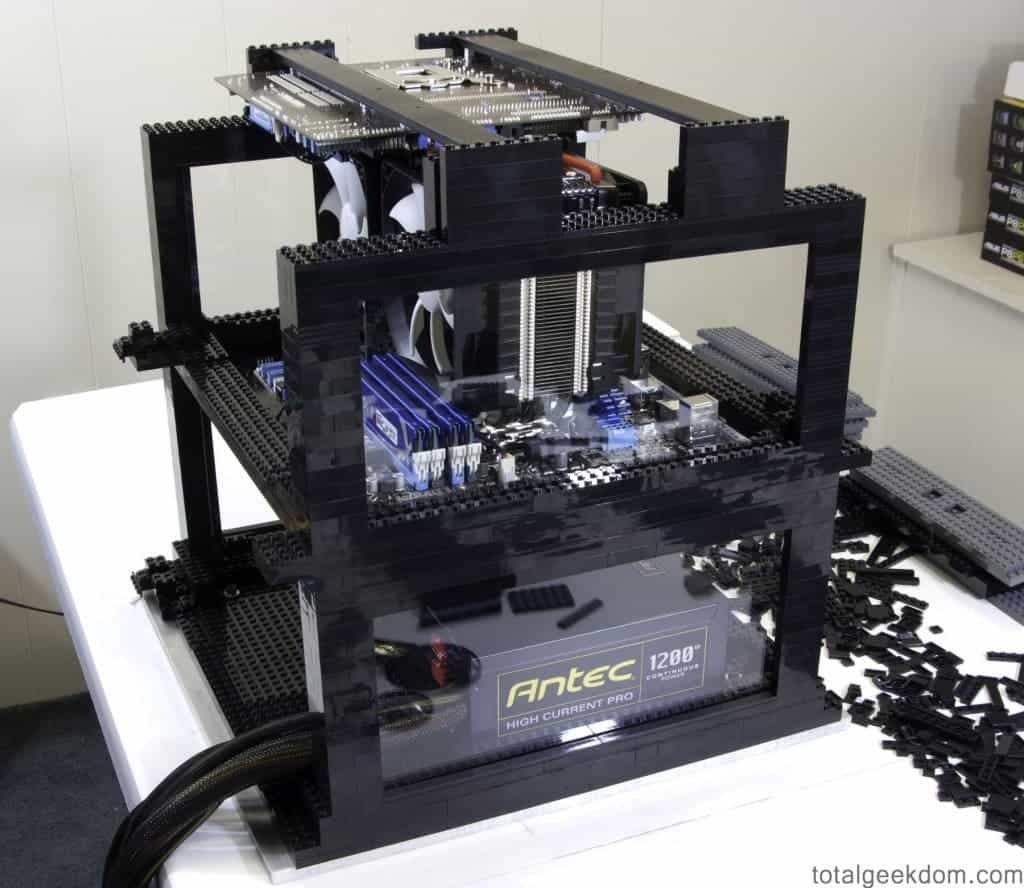 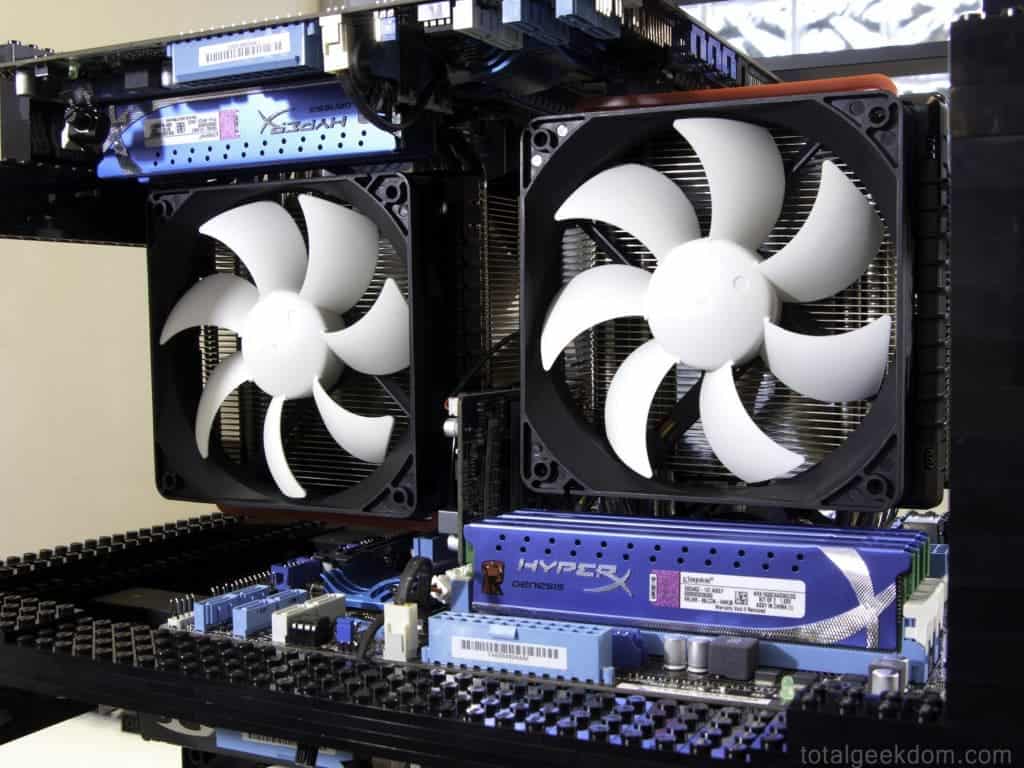 Anyway, Schropp wanted to build a PC that could be able to withstand 100,000 crunching points per day (that’s pretty impressive  in grid computing terms), as well as being highly energy efficient, all within a $2,000 budget, of course.

If you’re more of a computer afficionado, these specs might make you drool a bit, as  Gizmag reports, “the final DIY PC consists of three complete systems working as one in a single box made of LEGO bricks. Schropp used three quad-core Intel Core i7 2600K CPUs, three Asus P8P67 Micro ATX motherboards, three SSDs, a DDR3 memory for each system, as well as three coolers from Thermaltake and eight Aerocool fans. The DIY PC is powered by just a single Antec 1200 HCP power supply, which proves that Schropp was entirely successful in terms of energy efficiency.”

Oh, yeah. Were did the lego parts fit into all of this?

“I’ve been addicted to Legos for longer than I can remember, so when the opportunity comes up to work on a new project of some sort the question that invariably arises is, ‘Can I use Legos?'”, said Schropp.

On his website, Schropp describes the whole process in which he assembled his platform, as well as various comparison work, going through various set-ups to see what’s the best performance to energy output ratio, before choosing his best fit. 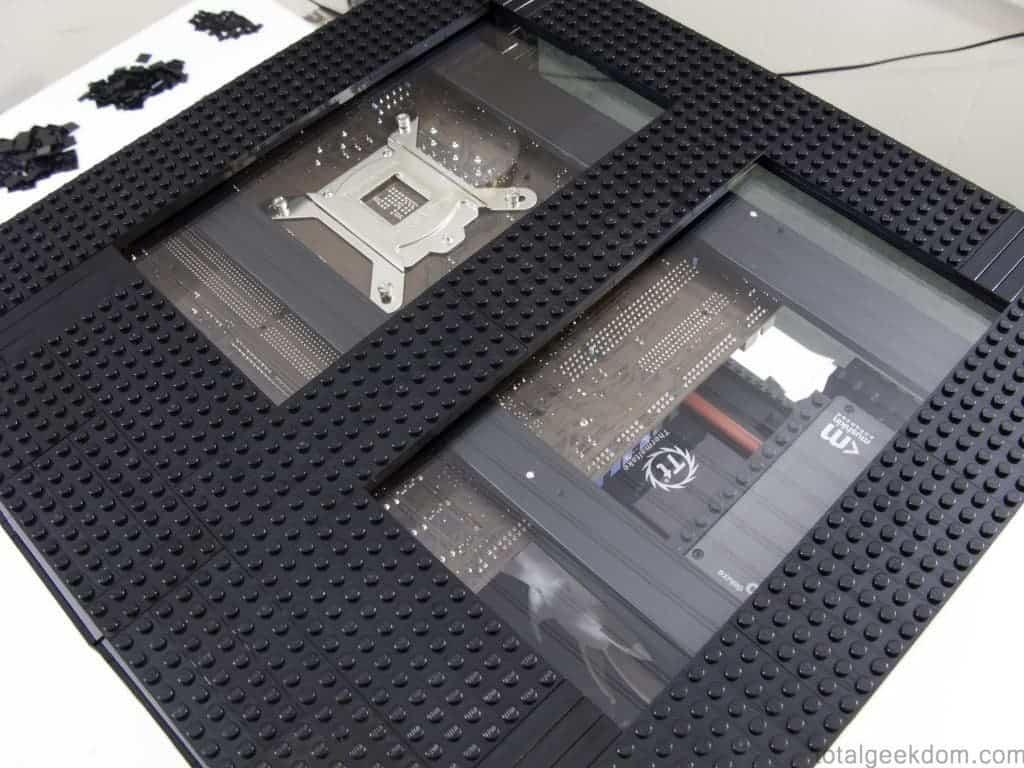 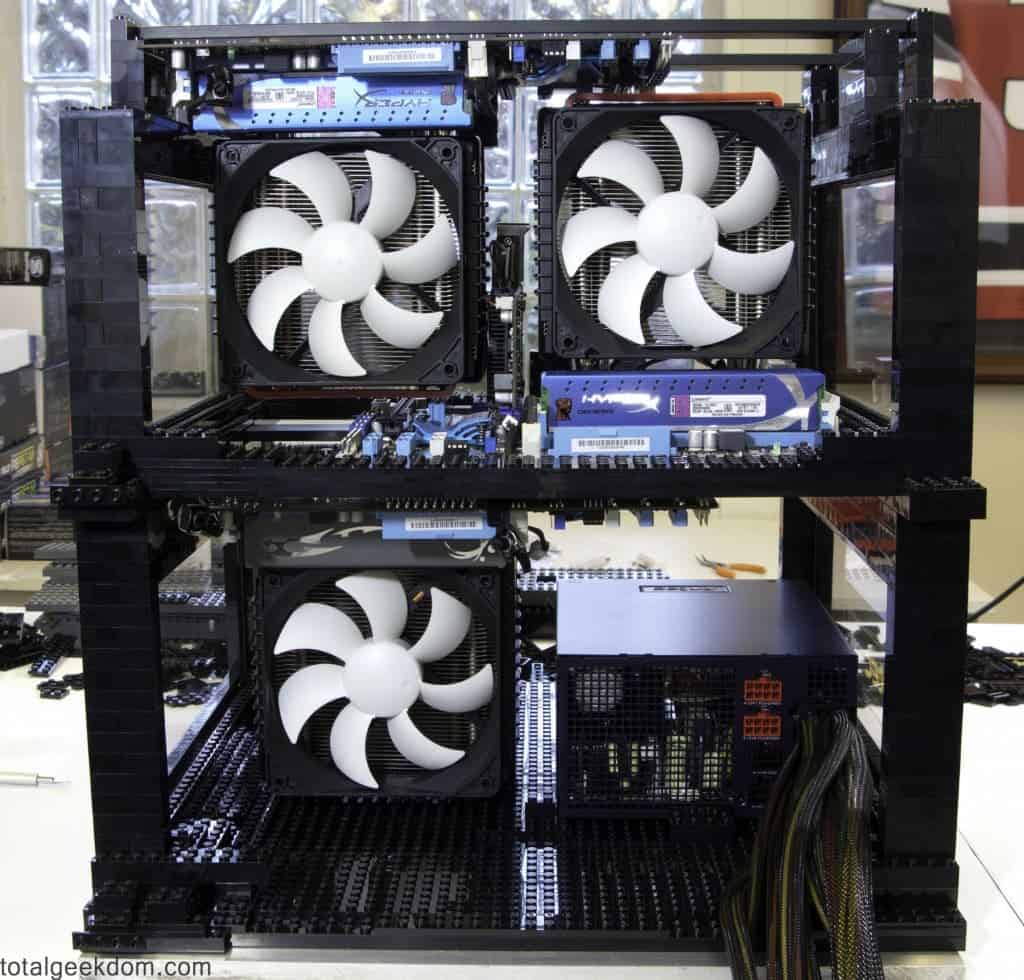 However, with all his energy output concentrated efforts, the system still burns a lot of coal when it’s up and computing at its fullest – hundreds of watts. Still, it’s point was well served, and goes to show how far optimization, when done right, can help keep energy efficiency levels tight. The lego usage helped a lot in spreading the coverage, of course. 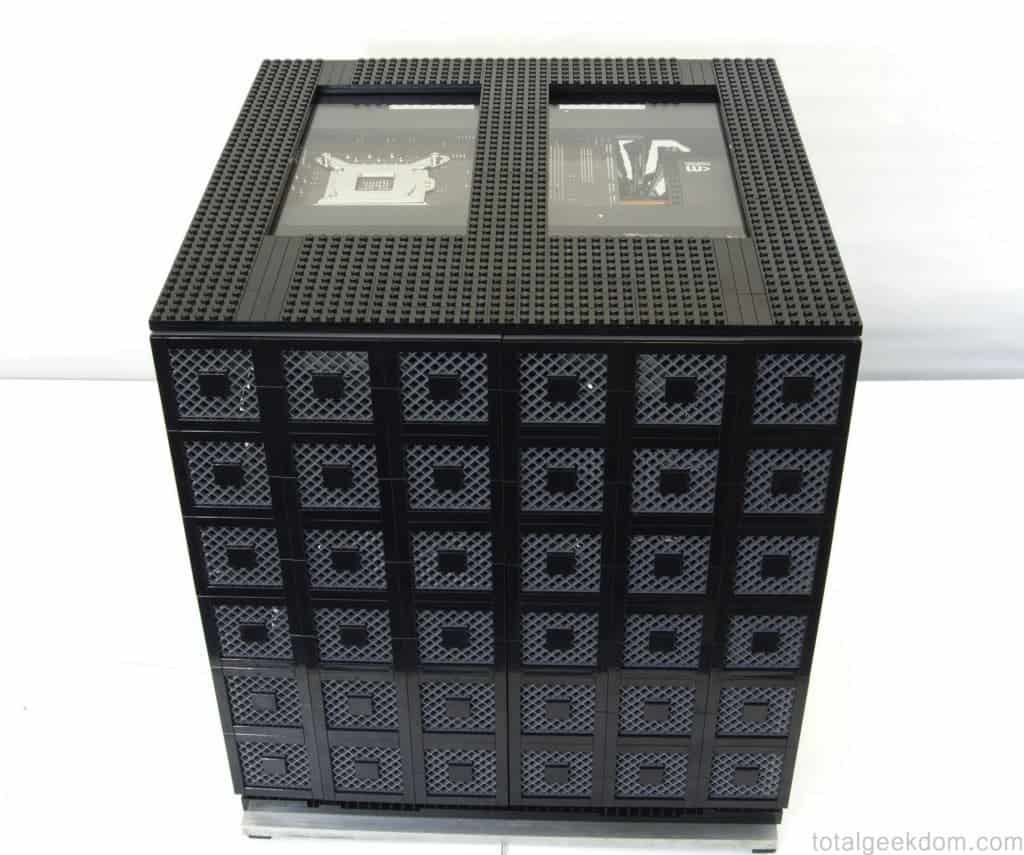 As Schropp notes “In the end the most important thing to me though is that I feel like I’m doing more to help contribute to a good cause in humanitarian and medical research. I know it’s just one system, but every little bit counts in finding cures and solutions.” 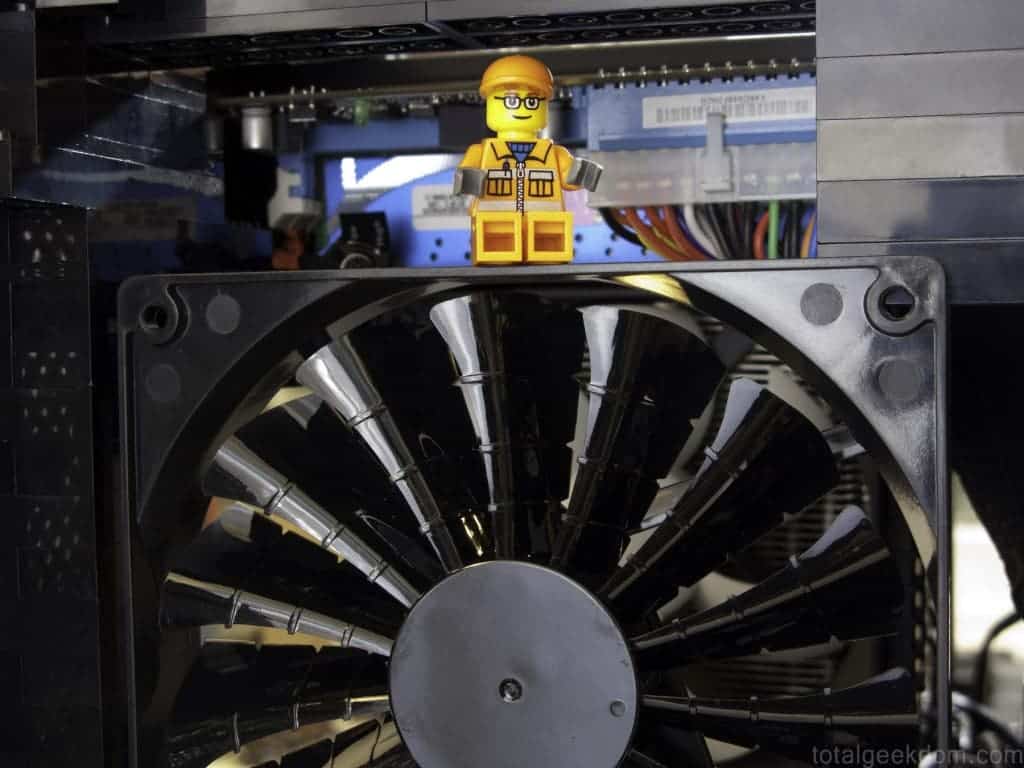 all photos courtesy of Mike Schropp