by Mihai Andrei
in Environmental Issues, Physics, Research
Reading Time: 2 mins read
A A
Share on FacebookShare on TwitterSubmit to Reddit 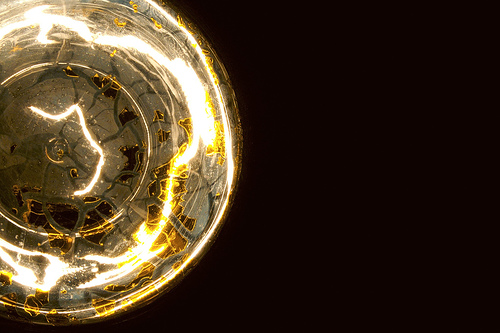 In a study conducted by researchers at Virginia Polytechnic Institute and State University that claimed a different perspective, it was published that it takes between 3,000 gallons and 6,000 gallons of water to power a 60-watt incandescent bulb for about 12 hours per day in a year. As it turns out, size does matter, so scientists are trying to figure out the numbers to determine the water-efficiency of what is probably the most common way of lighting.

They looked at 11 types of energy sources, including coal, fuel ethanol, natural gas, and oil; and five power generating methods, including hydroelectric, fossil fuel thermoelectric, and nuclear methods. Researchers ( Virginia Tech professor Tamim Younos and undergraduate student Rachelle Hill) found that geothermal and hydroelectric energy sources use the less water to provide the needed energy, while at the other end of the table, nuclear plants use the most.

Based on the figures they found, they calculated how much water a light bulb requires (3,000 and 6,000 per year) and also found out that by using a compact fluorescent light bulb instead of the classic light bulb, you don’t just use less energy, but also save water! Lots of it, as it seems: between 2,000 and 4,000 gallons of water every year.

“There are several variables such as geography and climate, technology type and efficiency, and accuracy of measurements that come into play. However, by standardizing the measurement unit, we have been able to obtain a unique snapshot of the water used to produce different kinds of energy.”