Diamonds could be used to store quantum information 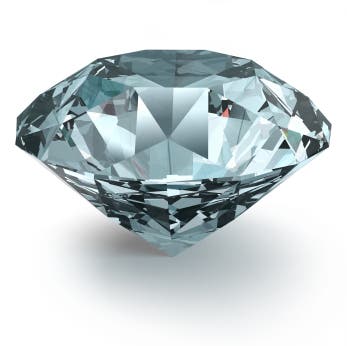 Quantum computing is the regarded by many as the future of computing technology, which among endless applications might help scientists answer a lot of questions otherwise impossible with today’s technology. In a nutshell, the difference between today’s computers and the future’s quantum computers is that the first handle binary code 1 and 0 one at a time, while the later handles both 0 and 1 states of the code at the same time.

It’s still very tricky and hard to maneuver technology, though, and scientists are trying to scale it the best as they can. Scientists in Dallas have developed a new way to manipulate atoms inside diamond crystals so that they store information long enough to function as quantum memory, which would greatly solve the issue.

If you’re thinking that tomorrow’s computer will have a Tifanny’s rock inside it, next to the Armani graphics card and Gucci RAM, you’d be wrong, since researchers are working with flawed diamonds – actually they’re exactly looking to work with diamonds that have impurities.

“Oddly enough, perfection may not be the way to go,” said David Awschalom of the University of California, Santa Barbara. “We want to build in defects.”

You might have seen yellowish colored diamonds sometime, this is because of the most commonly found impurity in diamonds, namely nitrogen. When a nitrogen atom sits next to a vacant spot in the carbon crystal, the intruding element provides an extra electron that moves into the hole, and this where things become really interesting. The spin of such electrons can be inverted  through the use of microwave energy  which will turn them in qubits or quantum bits. Awschalom has now figured out how to link the spin of a electron to the spin of the nearby nitrogen’s nucleus.

The technique has “a fidelity of 85 to 95 percent,” Awschalom said March 22 in Dallas at a meeting for the American Physical Society.

Other quantum environments require temperatures close to absolute zero to function, while quantum data stored in diamonds could very well be operational in room temperatures. Memory life is something of an issue when quantum development is concerned, presently at least, but diamonds seem to have a pretty long quantum data life it seems, having a nuclear spin which remains coherent for more than a millisecond, with the potential to improve to seconds.

“You can only do your quantum magic as long as you have coherence,” said Sebastian Loth, a physicist at IBM’s Almaden Research Center in San Jose, Calif. “If you have a lifetime of milliseconds, that lets you do millions of operations.”

Diamond based quantum technology could prove extremely useful and packed with applications, especially to enable quantum networks to work over much longer distances.