Basic emotions in music to be universally recognised 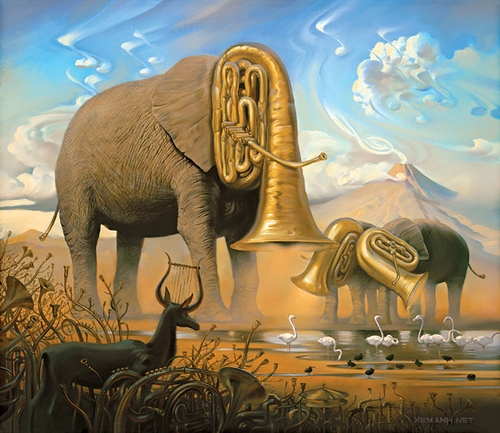 Nietzsche once said that “Without music, life would be an error” and he was definitely right as there are not many of us who can stay for an entire day without listening to their favorite tracks especially as just a few tunes are enough to change our mood in a second. However, the story doesn’t end here. It seems that one doesn’t have to be familiar at all with a song in order to understand its emotional message; native African people who had never listened to Western music before in their lives (yes, such people do exist) were able to say correctly whether happiness, fear or sadness was the main emotion of a song.

This discovery could be a very good indicator of why this type of music has become so successful all over the world even in parts of the Globe where less emphasis is put on transmitting a certain emotion and more importance is given to elements such as group coordination during rituals.

Previous studies had been conducted before as Westerners were asked to listen to Hindustani music for the first time in their lives before answering some questions. But the main purpose of the researchers, however, was to find people who had never had the experience of listening to a piece of Western music.

In order to achieve this goal, researcher Thomas Fritz traveled to the extreme north of the Mandara mountain ranges, to find members of the Mafa, one of about 250 ethnic groups in Cameroon. “Armed” with a laptop and a sun collector he made a surprising discovery: even though totally unfamiliar with Western music, the Mafa listeners were able to say whether the song implied sadness, fear or happiness more often than it would be expected if they would have simply guessed. However, their performance was variable as 2 of the 21 participants were performing at a chance level.

Previously, Westerners had been asked to answer the same tasks and it seems that both categories relied mostly on temporal cues and mode to make their decision, even if Westerners seemed to use this method to a larger extent.

Moreover, by manipulating music it was established that the Mafa listeners preferred the original versions, probably because of the increased sensory dissonance of the altered tunes.

The results of the study clearly show that  Western music is indeed an universal language as the three main emotions could be easily identified just like in the case of facial expressions and emotional prosody of the speech, which refers to its rhythm, stress and intonation.