Why Do People Lie? The Truth about Dishonesty

Everybody lies, they say.

by Thomas Jefferson University
in Other 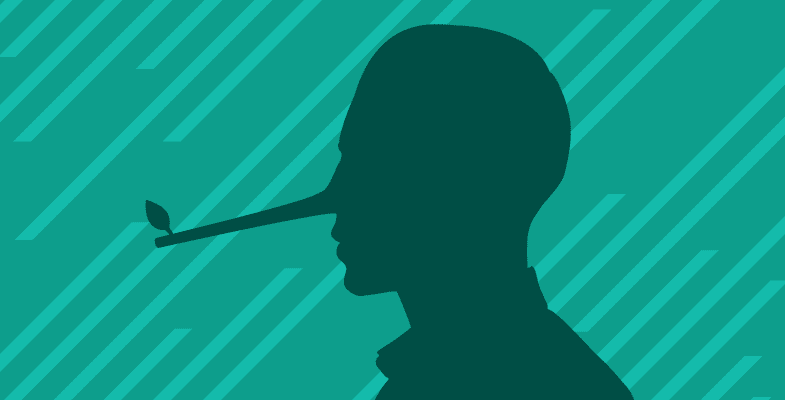 According to The New York Times, one story about Queen Victoria and Prince Albert involves their challenging their guests to find a common word that isn’t a common thing. Someone responded: “Is it ‘truth’ or ‘honesty’?”

Lying is pervasive, according to both seminal research and anecdotal evidence. A 1996 study published in the Journal of Personality and Social Psychology found that most people lie once or twice a day. That’s about as common as — in the words of a Psychology Today article — how often people brush their teeth. Ironically, 48 percent of children in the United Kingdom lie “occasionally” or “all the time” to their parents about brushing their teeth, based on a study commissioned by dentists behind a toothbrush-tracking app.

Thankfully, recent research points to people being honest most of the time. According to the Journal of Language and Social Psychology, a few prolific liars tell the majority of lies. Yet, more questions remain. Why do people lie? What are some of the most common lies?

The following sections take a brief look at some of the major topics surrounding dishonesty.

One of the biggest questions about lying surrounds motive. It’s a multifaceted topic, but researchers have broken down why people lie systematically. National Geographic compiled findings about why people lie and placed the reasons into four major categories.

Understanding the nature of lies can be broken down further by investigating their nature. For instance, there are types of lies that reveal how something becomes a lie. In addition, on a more practical level, it can be helpful to see what some of the most common lies are in day-to-day life.

How are lies actually constructed? Here are some of the most popular types of lies.

The Most Common Lies

Some of the most common lies are white lies, which are typically considered to be harmless, trivial, or mundane. For instance, when people are asked about how they’re doing, they may say that they’re fine even if that’s not the case. Although many white lies are well-intentioned and may be considered harmless, they can still harm people emotionally, as marriage and family therapist Julia Breur told Psychology Today. “I recommend that when you are about to tell a white lie, take a moment and ask yourself why not just tell the truth – slow down and think out how to kindly express your truth,” she said.

Research has revealed a number of areas where people lie on a regular basis, and especially on their résumés and in interviews. In 2017, 85 percent of employers caught applicants lying on résumés or applications, up from 66 percent five years prior, according to Inc. CNN Money reported that not only have 23 percent of job seekers lied or would lie during an interview, but “even the experts admit that being too honest can be to your detriment.” The article followed that advice. It recommended that readers proceed with “the artful dodge” across three steps: “dance around the facts,” “inflate your number fairly,” and “focus on greater truths.”

Another area where common lies occur is when patients speak to their doctors. A study published in Jama Network Open found that about 81 percent of patients lied to their doctors in at least one of six scenarios:

Why do people lie to their doctors? More than 50 percent of patients admitted that it’s because they were embarrassed, either about their habits or their lack of understanding. Dishonesty was highest among patients with the poorest health. Unfortunately, those patients “are in (the) greatest need of high-quality health care because of the complexity of their health may be more likely to compromise their care by withholding important information from their clinician,” the report said.

A final example of common lies comes from the internet. One study published in Computers in Human Behavior found that in virtual areas like social media and online dating websites, 16 to 32 percent reported being honest and only 0 to 2 percent expected others’ honesty. The reasons behind these common lies were to appear more attractive, for privacy or protection concerns, or, in the words of some respondents, “because everyone lies on the internet.” According to the Pew Research Center, 15 percent of U.S. adults have used online dating sites or mobile dating apps, and 59 percent believe that online dating is a good way to meet people.

Determining when people lie to you isn’t always easy, but there are typically signs that can indicate dishonesty. Someone may be lying to you if they scratch or fidget, stare or look away at a critical moment, stutter, or have changes in lip movements, facial complexion, or voice pitch/volume, according to body language experts interviewed in TIME.

What to do is also complicated and depends on the situation. For instance, how you respond to an outlandish lie told by your child will differ from a deceptive lie from a stranger and a fabricated lie from a co-worker. In professional environments, emotional intelligence expert Travis Bradberry stressed in a Forbes article that protecting yourself is not an option when dealing with a liar. Optional courses of action include: doing nothing when no action is justified; deflecting with humor when the lie can’t be ignored, but it doesn’t warrant anything more than a joke; playing dumb by asking questions, which can help the truth come out and give the liar a chance to come clean; and calling them out on the lie, carefully.

Lying is an often negative, yet relatively common, occurrence. However, it provides insight into more than matters of honesty. Lying offers understanding into subjects like trust, relationships, and values. If you’d like to learn more, an online psychology degree can help you understand topics in human behavior and how to apply them in a clinical setting.

Gain the skills and knowledge needed to pursue entry-level employment in the growing mental health services field or for graduate study. At Husson University, you’ll enjoy small class sizes and a flexible online schedule that allow you to balance your studies with your busy life. More than 95 percent of Husson graduates are employed or in graduate school within one year of graduation.

This article has been republished with permission from Husson University Online.