Titanic sank, but iceberg is innocent – blame it on the Moon

by Mihai Andrei
in Astronomy, Other
A A

For almost 100 years it carried the blame of sinking the world’s most famous ship, but now, the ill-famed iceberg may be cleared, after some researchers claim they’ve found the true culprit – the Moon. 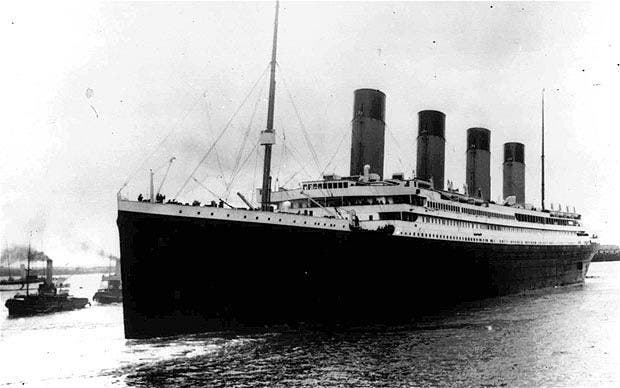 Now don’t get the wrong idea, it was the collision with the ice mass that ultimately brought the demise of the Titanic, but it was a freak lunar event three months earlier that put the obstacle in the ship’s path, scientists claim. An incredibly rare combination of astronomical events led to this collision, including the closest lunar approach in 1400 which led to an incredibly large tide in January 1912.

This once-in-a-turtle-lifetime event swept a vast field of icebergs from their normal positions and brought one to the lane where it was when it sank the Titanic on April 14th, claiming 1500 lives and destroying the ship which was thought to be ‘unsinkable’.

Prof Donald Olson of Texas State University who led the study and published it in the Sky and Telescope magazine explains:

“They went full speed into a region with icebergs, that’s really what sank the ship, but the lunar connection may explain how an unusually large number of icebergs got into the path of the Titanic.”

Unusually large tides such as the one in case are known as spring tides, and they occur when the Moon and the Sun are aligned in a way that sums up their gravitational pull. Professor Olson adds:

“We don’t claim to know exactly where the Titanic iceberg was in January 1912 – nobody can know that – but this is a plausible scenario intended to be scientifically reasonable.”

You could also put it this way: it wasn’t the iceberg that sank the Titanic, it even wasn’t the spring tides – it was human arrogance – which claimed nobody and nothing can sink the ship. As usual when we challenge it, nature put us in our place.