by Mihai Andrei
in Other, Studies
Reading Time: 3 mins read
A A
Share on FacebookShare on TwitterSubmit to Reddit 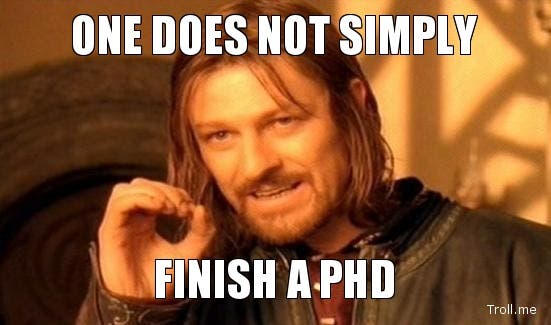 Doctor of Philosophy (PhD) is the highest academic recognition you can get, but it doesn’t always come with the perks you might expect. Recognition — not so much. Money — way less than the industry. Mental satisfaction — well about that… A new study conducted by Belgian researchers found that PhD students are much more prone to developing mental disorders, even when compared to similarly educated groups.

In this day and age, being a PhD student is extremely stressful. I can’t imagine it being too mellow at any point in history, but nowadays, it’s probably worse than ever. You’re in a “publish or perish” environment, where you need to present deliverables constantly, to a committee which might have different ideas to your own. You’re working on a research project with (almost always) limited duration funding, but you’re never sure when you’ll cross the finish line. This, in turn, means you often feel like you’re not making any progress, or you’re lacking a breakthrough moment. There’s also an overwhelming feeling that even if you do manage to submit and publish your work, it will largely be ignored or be completely insignificant.

The fact that you’re living at or even below poverty line (you’re usually banned from outside working) and sometimes working insane hours doesn’t help. You’re also subjected to a professor (or a few professors) who, in theory, guide and support you — but the practice might be very different. In a book called  ‘A Survival Kit for Doctoral Students and Their Supervisors,’ authors describe several issues in which the views of the PhD student and that of the committee or guiding professor can clash, with dramatic consequences for the student’s mental state. This new study seems to not only back that idea up, but also put some figures on an extremely worrying trend. Here are their main findings:

They identify several factors which can negatively affect the student’s mental state: work-family interface, job demands and job control, the supervisor’s leadership style, team decision-making culture, and perception of a career outside academia. Speaking from personal experience, these feelings seem echoed by most (if not all) the PhD student community. Here’s what a Reddit commentator, Gibbie99 said about his PhD:

“Neither cared about my mental health, or made much of any attempt to mentor. Instead we were left to grinding away in the lab every day with little interaction, beyond the mandated 6 month check-in with the committee/advisor.”

Sure, you could argue that this comment comes from a random person on a Reddit thread and doesn’t carry much weight, but if you’ll have a look at PhD forums or engage with the community in any way, the odds are what they say will shock you. Most people feel that their work doesn’t matters, or at the very least that their professor/committee doesn’t care about it. Basically, we’re taking some of the world’s brightest minds, overworking and underpaying them, and filling them up with a sense of meaningless. It’s hard to imagine a world where they don’t suffer more from psychiatrical conditions. However, the fact that the work and organizational context can be used to predict mental health is significant — and it’s perhaps something universities and research institutes could pay more attention to.