by Tibi Puiu
in Animals, Offbeat 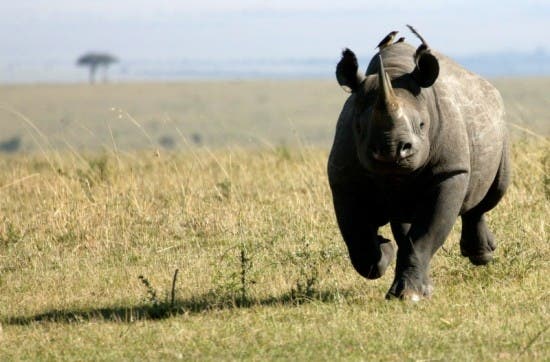 Conservationists are prepared to declare the Western Black Rhino officially extinct soon, after poaching killed off the remainder of already scarce wild specimens scattered around the area of Cameroon. Until 2000, ten wild specimens were still roaming free, however prized by poachers for the animals’ horns, used in traditional medicine practice by the local populace, even these few survivors have succumbed.

“There were very limited anti-poaching efforts in place to save the animals, and anyone caught poaching was not sentenced, hence no deterrents were in place,” said Craig Hilton-Taylor of the International Union for Conservation of Nature.

With these minimum anti-poaching measures in place, it becomes relatively evident how we’ve managed to come tot this situation. Of course that a poacher won’t think twice in engaging in such a dreadful action when the rewards are so great, and the risks are negligible – not even a day in jail!

There are currently only a few other specimens of the Western Black Rhino alive in captivity, held in zoos, however releasing some of them into the wild is considered extremely costly, while some experts believe it to be actually impossible. The Western Black Rhino is significantly distinct from genetics point of view  from other rhino species, they too also in danger.

At the turn of the century, there were around 100,000 Eastern Black Rhino roaming the continent of Africa. In the meantime, these numbers dropped to an all time low of 1,500 in the 1960’s. Incredible preservationist efforts, however, have managed to raise the count to 4,500 today, as a result of breeding programs. The Western Black Rhino wasn’t so lucky.

The Northern White Rhino is also expected to be scribbled on the extinct species soon, as the species left with only a few specimens in captivity, along with a few occasional rare sightings of some specimens in the wild.

“It is down as far as we know just to four semi-captive animals that have been moved from a zoo in the Czech Republic to a semi-wild situation on a ranch in Kenya,” said Hilton-Taylor, who manages the International Union for Conservation of Nature’s Red List of endangered species.

Here’s an old video story from National Geographic centered around the back then still endangered Western Black Rhino, and Northern White Rhino.