Just a couple of days ago I was telling you about an ambitious and successful initiative to relocate black rhinos, but the situation is more dire than it appears at a first glance: the Western Black Rhino of Africa has been declared officially extinct, and two other subspecies are extremely close to meeting the same fate. 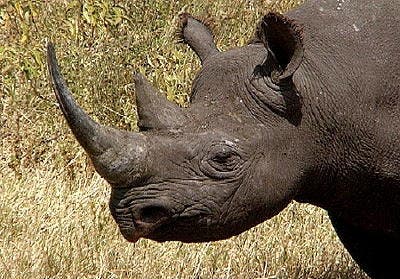 The International Union for Conservation of Nature made a new reassessment of the rhino situation, and according to them, the Western Black Rhino is now extinct, while Northern White Rhino of central Africa is “possibly extinct” and the Javan Rhino is “probably extinct”, after poachers killed the last animal there in 2010.

“A lack of political support and willpower for conservation efforts in many rhino habitats, international organized crime groups targeting rhinos and increasing illegal demand for rhino horns and commercial poaching are the main threats faced by rhinos”, the group said along with the release of the Red List of endangered species.

Meanwhile, in Mexico, an absolutely remarkable creature lives beneath the tourist gondolas, in the remains of a former Aztec lake. The axolotl, also known as the “water monster” was a very important part of the Aztec religion and diet. However, even though the Aztecs fed on it, the creature managed to survive until now; but it seems modern society is more than it can handle. This foot long salamander has never seen sadder days, as scientists and environmentalists are scrambling, trying to find a way to save it from an extinction which is likely to become official in five years, if nothing changes. 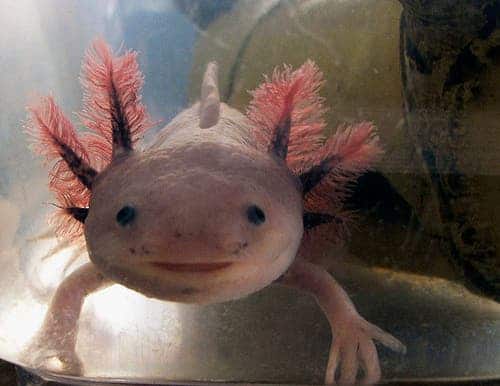 “If the axolotl disappears, it would not only be a great loss to biodiversity but to Mexican culture, and would reflect the degeneration of a once-great lake system,” says Luis Zambrano, a biologist at the Autonomous University of Mexico, or UNAM.

It has been a steep and tragic fall from grace for the weird looking creature, as millions of them inhabited the lakes near Mexico City, as the city was built. As the Aztec legend has it, Xolotl, the Aztec god of death, lightning and monsters feared he was going to be killed by the other gods, so he transformed into an axolotl and fled. But its decline began with the Spanish conquistadors, who began draining the lakes which it inhabits. They were drained more and more to quench the thirst of one of the biggest growing cities in the world. In the past 30 days, the salamanders went from being a common animal to almost extinct.

Also, about quarter of all mammals are dangerously close to extinction, but some species have successfully been brought back from the brink due to consistent and well thought efforts.