Humanity at its finest: Japan elderly offer to clean up nuclear waste

Yasuteru Yamada is a man just like any other, except he isn’t just like any other. “Let the young rebuild Japan, and let old clean up the most difficult mess”, he says. Argueing that the elders have a smaller chance of developing cancer in their lifetime, the 72-year-old former engineer is recruiting other retirees to replace the younger workers who are currently handling the radiation exposure at the Japan affected nuclear plants. 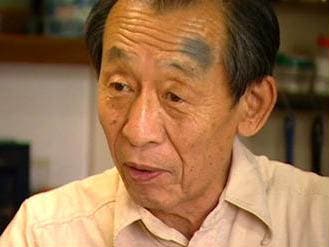 “I am 72 and on average I probably have 13 to 15 years left to live,” he says. “Even if I were exposed to radiation, cancer could take 20 or 30 years or longer to develop. Therefore us older ones have less chance of getting cancer.”

I have to say, this is hands down one of the most impressive gestures I have seen; it’s humanity at its finest ! Also, Yamada isn’t alone in his quest to spare the younger of potential cancer – he has already rallied 200 other retired Japanese, mostly engineers, but also singers, cooks, school teachers, etc. They will face the long and difficult road ahead of them, and will try to clean up the mess that the massive earthquake and the tsunamis caused.