The oldest building in the world: Wyoming cabin made mostly from dinosaur fossils 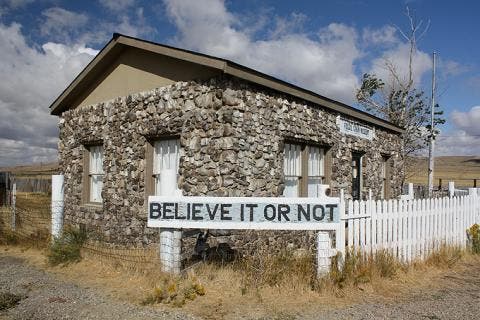 Though built in 1933, the Fossil Cabin near the dinosaur graveyard at Como Bluff is, in a way, the oldest building in the world: the walls of the building were built out of 5,796 mortared-together dinosaur bones, dug from nearby areas.

Initially, the building was part of a gasoline filling station along US 30 by Thomas Boylan, who had been collecting bones for 17 years, with the intention of creating sculptures in front of his home and the gas station.

“At first I planned to get enough of them together to mount a complete dinosaur skeleton,” he told a reporter in 1938. “However, erecting such a skeleton is a long and costly task for an individual to undertake.“

In 1973, Gracey Boylan sold the cabin to Paul and Jody Fultz of Medicine Bow, and for a long time, until the 1990s, it acted as a summer museum. 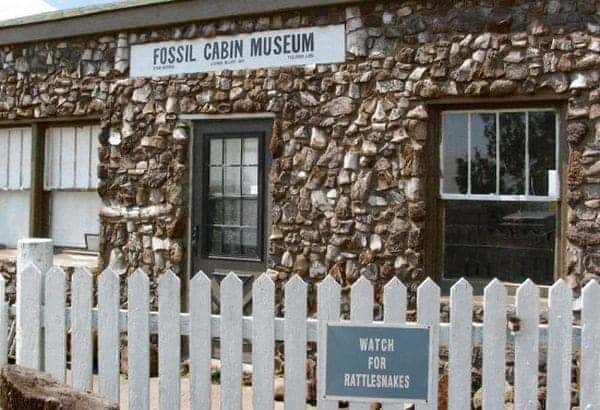 The building was reopened for the public, when Mike Lewis took over as new curator, but as of 2012, it is closed because of the “pending acquisition of a suitable manager”. It seems even now, the dinosaur bones can’t get any rest.