While taking a walk with her parents on U.K.’s Isle of Wight (map) in 2008, Daisy Morris, who was then no more than 5 years old, came across blackened “bones sticking out of the sand”. Her family took the bones to paleontologist Martin Simpson at the University of Southampton, who, with the help of colleagues, identified it as a new species. 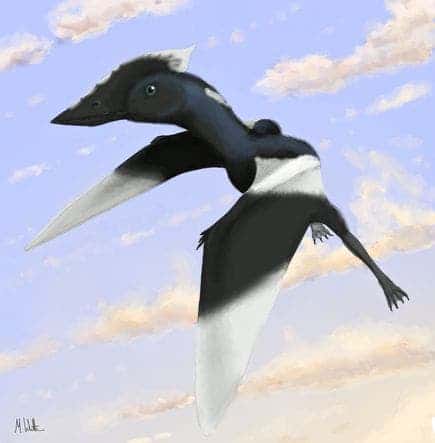 “In pterosaurs, certain parts of the skeleton, especially the skull and the pelvis, are really distinct between different [species],” explained Andrew Farke, a paleontologist at the Raymond M. Alf Museum of Paleontology in Claremont, California, and editor of the new study in PLoS ONE.

The finding could actually bring more information on a relatively unknown group of pterosaurs. The newfound creature was a azhdarchoid which, “in my opinion, are among the most interesting of pterosaurs,” study co-author Darren Naish, also of Southampton University, said in a statement.

“All are from the Cretaceous, all are toothless, and many—perhaps all—were especially well adapted for life in terrestrial environments like woodlands, tropical forests, and floodplains,” he said. 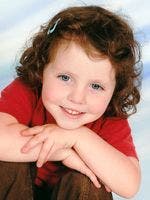 But even being smaller, it was really good at flying, especially through dense forests. What’s interesting about this group is that they were also pretty good at walking, and even running on the ground.

Aside from discovering this new species, Daisy also inspired co-author Simpson to write a children’s book entitled Daisy and the Isle of Wight Dragon, which has a really cool theme:

“The story highlights the special relationship between amateurs, academics, and curators, in bringing these important finds to the attention of the scientific world,” Simpson said in a statement. “It also shows that, continuing a long tradition in paleontology, major discoveries can be made by amateurs—often by being in the right place at the right time.”