Ever wondered how Angela Merkel’s CV would look like — on a single page?

by Alexandra Gerea
in Offbeat
A A

Remember when someone managed to fit Elon Musk’s impressive CV on a single page? Well, someone did the same for Angela Merkel, Germany’s leader, and the world’s most powerful woman. 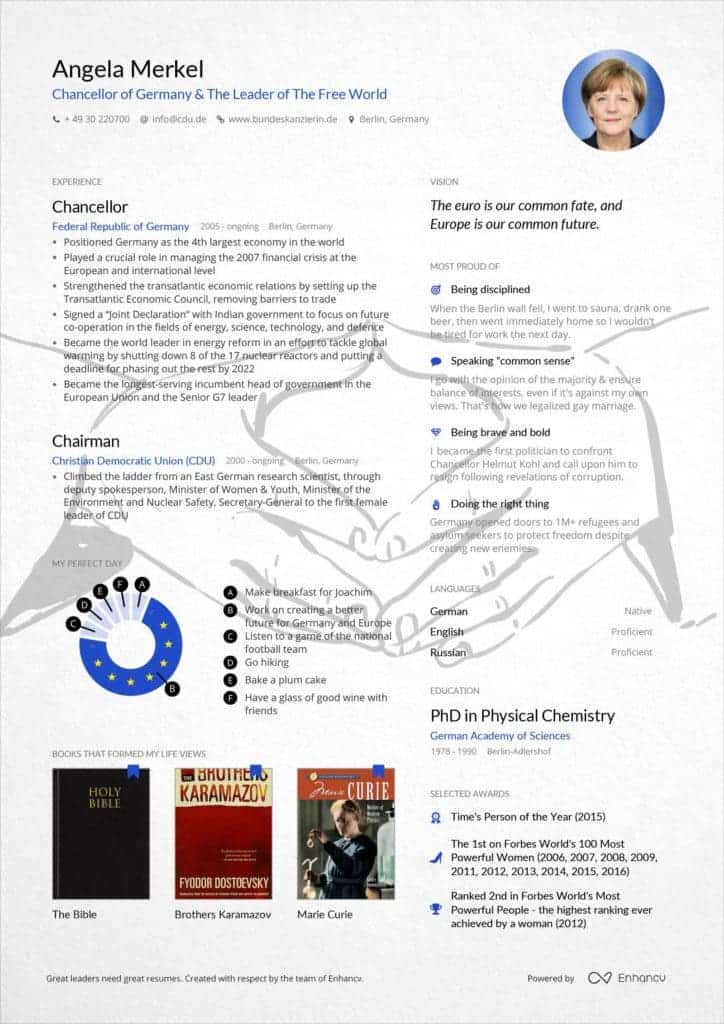 Ever noticed how CVs are generally getting longer and drawn out? You put that French course you took three years ago, that one time you decided to learn programming and quite after two weeks… pretty much everything; because hey, why not? Well, the best CVs are succinct, and if Angela Merkel’s CV can fit into one page, then so can yours.

Merkel has been Germany’s Chancellor since 2005, making her one of the most resilient leaders in the developed world. She’s known for having a very gentle, motherly way of talking, but also for being bold and doing the right thing — which is, of course, mentioned here. She also eased Germany through a world economic crisis turning the country the world’s 4th largest economy and was ranked the world’s most powerful woman every year since 2006, except for 2010 (talk about a black spot on your resume).

She’s the kind of person who can bake a cake for her friends and then rule a country (or even a continent) with an iron fist. Oh, and did I mention that she has a PhD in Physical Chemistry? Her thesis was awarded for her work in quantum chemistry, titled “Examination of the mechanism of decays with singular bond breaking and calculation of their coefficient of reaction rate on the basis of quantum mechanical and statistical methods”. So she’s not only one of the most powerful and resilient, but also one of the most brilliant people in today’s political scene (which if you think about, makes a lot of sense). Just compare her work to comments made by US President Donald Trump: 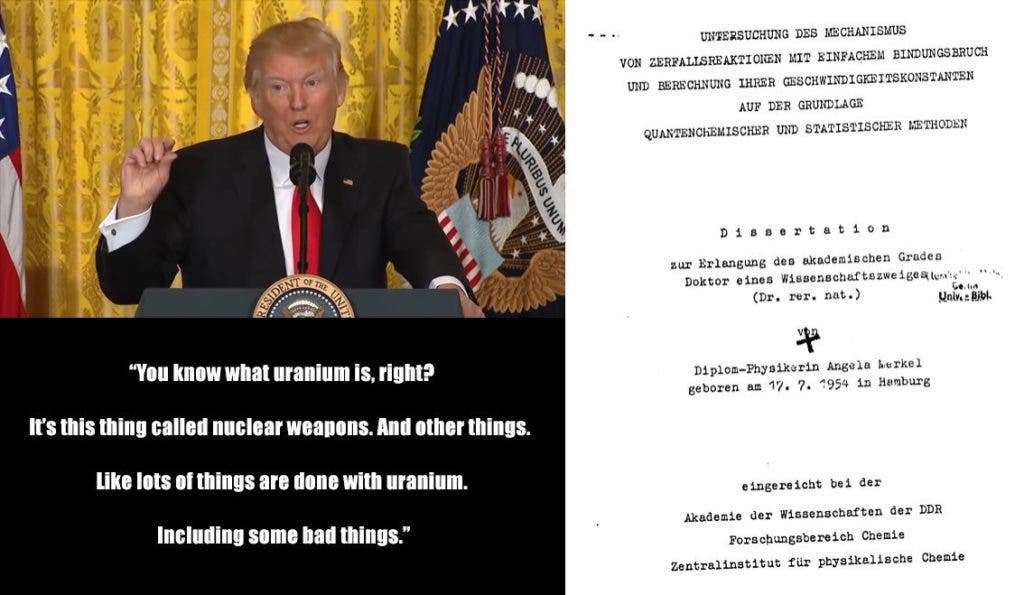 But for us regular folks, the takeaway is pretty straightforward: no matter who you are, no matter how impressive your achievements are, you should be able to present them briefly. Long, irrelevant resumes are a plague which should be banished.