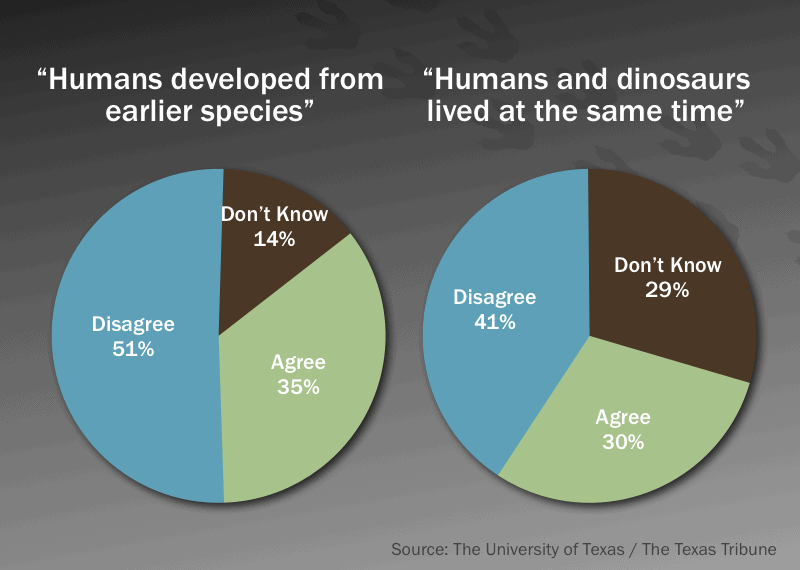 I recently came across this poll, which was conducted about a year ago. Ok, so it’s not extremely actual, but one year can’t change the data significantly. So, almost 1 in 3 Texans believes that humans and dinosaurs roamed the earth at the same time, and over half of them don’t believe humans evolved from some other species.

Just so you can get an idea, dinosaurs went extinct some 65 million years ago, and homo sapiens originated some 200.000 years ago. But wait, there’s more ! More than one third of them belive humans evolved over millions and millions of years, with God carefully guiding the process. About a fifth of them, 22 percent believes that life existed in its present form in the form we see today since the beginning of time.

The survey was conducted by David Prindle, a University of Texas government professor, and the answers it found, as well as the figures… are sad. Just sad.