by Mihai Andrei
in Other, World Problems
Reading Time: 3 mins read
A A
Share on FacebookShare on TwitterSubmit to Reddit

The atmosphere is getting more and more packed with tension between the two Koreas, as satellite images revealed North Korea is digging a huge underground tunnel, in what appears to be preparation for a new nuclear test. 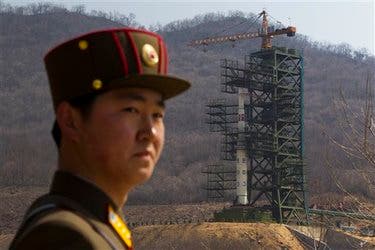 North Korea performed two previous tests, both of which were significantly smaller than the Hiroshima and Nagasaki bombs, but they frightened people throughout the entire world – and world leaders as well, who claim that North Korea is too much of a loose cannon to be trusted with nuclear weapons, especially given their recent conflicts with South Korea.

The excavation at North Korea’s northeast Punggye-ri site, where nuclear tests were conducted in 2006 and 2009, is in its final stages, according to a report released by South Korean intelligence, shared with the Associated Press.

Observers fear a repeat of 2009, when massive international criticism was aimed at North Korea for a long-range rocket launch, forcing Pyongyang to walk away from nuclear disarmament negotiations, and just a few weeks later, to perform their second nuclear test, which was much more powerful than the first one.

“North Korea is covertly preparing for a third nuclear test, which would be another grave provocation,” said the report, which cited U.S. commercial satellite photos taken April 1. “North Korea is digging up a new underground tunnel at the Punggye-ri nuclear test site, in addition to its existing two underground tunnels, and it has been confirmed that the excavation works are in the final stages.” 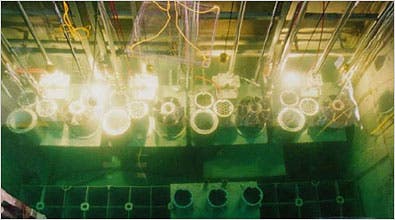 You can’t really conduct a nuclear test and get away with it unnoticed; whenever such a test is performed, be it on the ground, underground or underwater, it creates a small earthquake which is recorded at seismic stations all over the world. There, seismologists can differentiate it from a regular earthquake, and furthermore, by comparison, they can estimate the size of the bomb which was launched. If such an event is detected, radiation monitors immediately step in and confirm this.

Now, North Korea is perhaps the most volatile country in the world, especially after the death of Kim Jong Il, and after the U.S., Japan, Britain and many more other countries urged them to stop the nuclear tests, which are in a direct violation of the U.N. resolutions, and North Korea’s promise to refrain from doing so, things can only get worse; one can only hope reason and peace will prevail, despite the odds, and people will understand that a nuclear war is the absolute last thing the world needs – ever.