The Bulletin of the Atomic Scientists agreed that the world is less safe than it was two years ago – just 5 minutes to midnight. 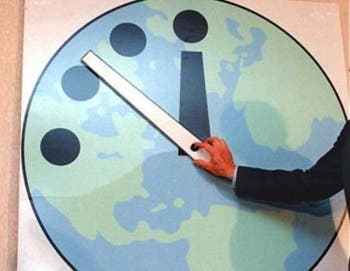 Let me tell you what this is about. When the atomic bomb was created, by people in all levels of academia and research, people were stunned by the amount of damage it did, so as a response, a group of atomic scientists created the ‘Doomsday Clock‘. The clock is basically a simple countdown image which represents the danger the human race faces on this planet, be it nuclear, environmental, or of other nature.

Since it was created in 1947, the clock has been moved 20 times (forward and backward), the last time in 2010 when Barack Obama was elected president and the entire world was filled with hope of peace. However, now, as the lack of action has become obvious and mankind still continues to ignore the huge amount of environmental damage it does, the clock has moved one minute closer to ‘midnight’ – quite the metaphor if you ask me.

“It is five minutes to midnight,” the official statement from the Bulletin of Atomic Scientists (BAS) read. “Two years ago, it appeared that world leaders might address the truly global threats that we face. In many cases, that trend has not continued or been reversed. Faced with clear and present dangers of nuclear proliferation and climate change, and the need to find sustainable and safe sources of energy, world leaders are failing to change business as usual,” said Lawrence Krauss, a board member of the BAS.

What is perhaps most dangerous is the fact that we are approaching the point of no return – the point where it will be practically impossible to reverse the damage we have done on the planet, and on to ourselves. 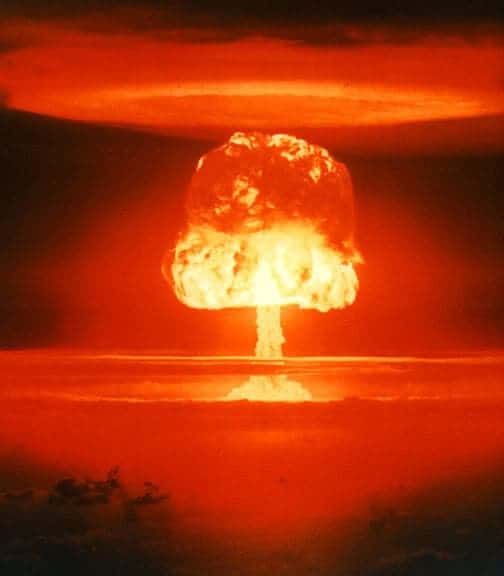 When the clock was created, it was set at 7 minutes to midnight, but after only two years it went forward five minutes – it was the highlight of the Cold War, when both the US and the USSR were testing nuclear weapons. The fall of the Berlin Wall and the dissolution of the USSR set it farthest, at 17 minutes in 1991. However, the peaceful feeling slowly faded away until today.

Now, it’s hard to say if this is a good indication, and if the human race is closer to a tragic event than it was 24 months ago, but one could argue that growing interest in nuclear power from countries such as Turkey, Indonesia and the United Arab Emirates is a dangerous thing, and that Canada backing up from the Kyoto Pact and increasing emissions is dangerous, but it’s really hard to quantify just how dangerous. If you ask me, we should take this as a wake up call, and not the usual Maya 2012 juvenile approach. It’s in our hands.