An award winning student from the Nigerian University of Lagos is claiming that he’s “disproved” gay marriage through science, using magnets; his “research” is backed by the University. 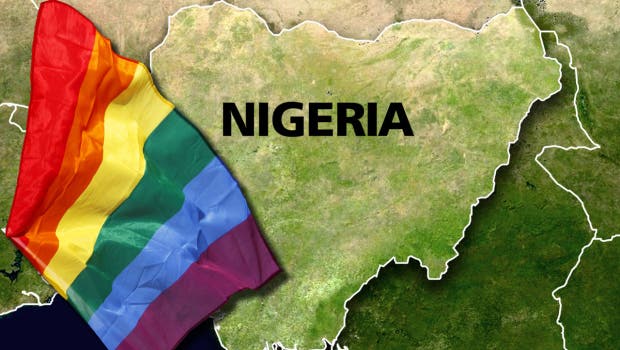 As much as we, at ZME Science, love science and what it means for us as humans, we simply hate any pseudoscience or any falsity promoted as science. I won’t name the grad student because it doesn’t seem fair (though you can find him on other websites), and I don’t know if he was maybe forced to do this “research” (which seems unlikely, but is still a possibility). After all, Nigeria has some incredibly harsh laws on homosexuality: in most of the country, you get 14 years in jail for a homosexual gesture, but in some of the Northern areas, the punishment is death by stoning.

This is not the first time absurdities of this magnitude happen in Nigeria – in 2009, the Nigerian police arrested a goat (yes, a goat) for being a ‘shapeshifting armed robber‘.

As for the grad student, he believes he’s going to win a Nobel prize one day for his work on homosexuality; he also used chemistry, biology, and mathematics to disprove gay marriage. His math on gay marriage is simply astonishing, I recommend taking it with some paracetamol:

In mathematics which is another core area of science, I used what is called the principle of commutativity and idepotency. Commutativity in mathematics is simply the arrangement of numbers or arrangement of letters in which the way you arrange them don’t matter. For example, if you say A + B in mathematics you are going to have B + A. For example, if I say two plus three it will give five. If I start from three, I say three plus two it also give you five showing that two plus three and three plus two are commutative because they gave the same results. That shows that A + B will give you B + A, you see that there is a change. In A + B, A started the journey while in B + A, B started the journey. If we use A as a man and use B as a woman we are going to have B + A that is woman and man showing that there is a reaction. A + B reacted, they interchanged and gave us B + A showing that commutativity obeys that a man should not marry a man and a woman should not marry a woman. If you use idempotency, it’s a reaction in mathematics where A + A = A. Actually in abstract algebra, A + A =2A but we are less concerned with the numerical value two. We are more less concerned with the symbols A, you find out that A + A will give you A showing that the whole thing goes unchanged. It didn’t change unlike commutativity A + B give B + A there is a change. A started the journey in commutativity and A + B gave us B + A and B started the journey after the equality sign. But in the case of idempotency A + A will give you A showing that it goes unreacted. You started with A and you meet A ,the final result is A. Showing that a man meeting a man A + A will produce a man there is no reaction, it goes unreacted and in chemical engineering you have to send the material back to the reactor for the action to be carried out again showing that it goes unreacted. That is how mathematics has shown that gay marriage is wrong because commutativity proves that gay marriage is wrong. Idempotency also proves that gay marriage is wrong. So these are the principles I have used to prove gay marriage wrong in physics, chemistry, biology, mathematics and by the grace of God I am the only one that has proved this in the whole world.