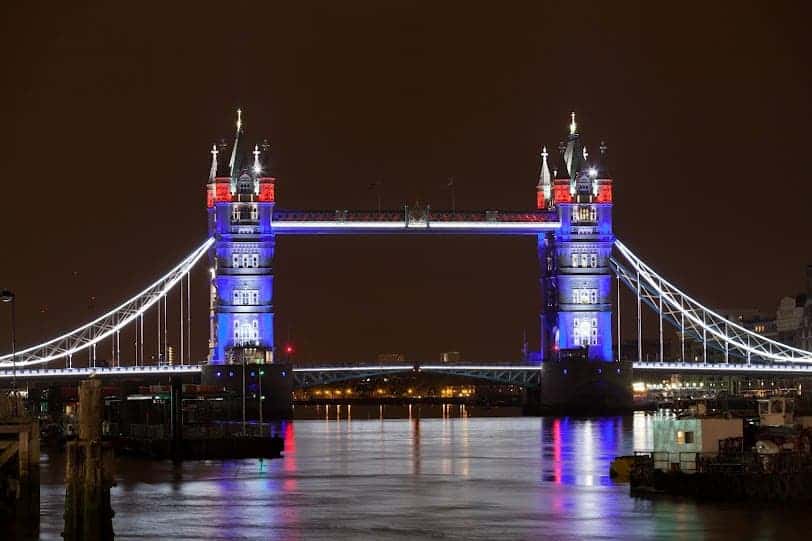 Arguably one of the most recognized landmarks in the world, London’s Tower Bridge received a full relamping in celebration for the 2012 Olympic and Paralympic Games. For the first time in its 118-year history, the bridge will be fully visible at night in all its stunning beauty, pulling the architectural wonder into the third millennium.

The creation of architect Sir Horace Jones and civil engineer Sir John Wolfe-Barry, Tower Bridge was completed on 30 June 1894, after eight years of work becoming the only crossing for the Thames at that time. The city has grown into a behemoth since then, and quite a few more bridges have been built, but still none of them come close to the Tower Bridge. As the city’s symbol, and in the wake of the Olympics, as well as the Queen’s Diamond Jubilee, authorities chose to put it under a different light. Now, after more than 25 years since its last lighting system revamp, Tower Bridge rises majestically on both side of the Thames, by day or night. 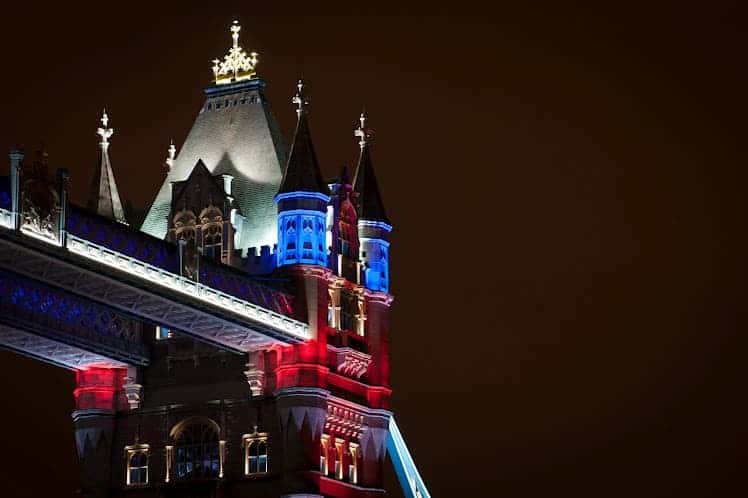 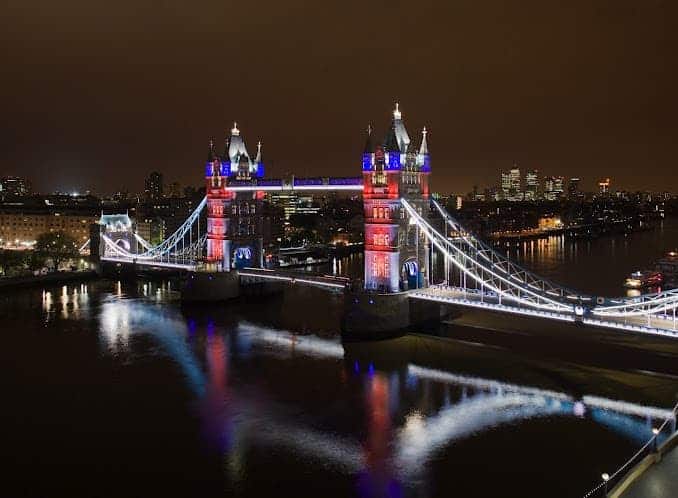 Thanks to an funding deal reached between Mayor of London Boris Johnson, bridge-owners the City of London Corporation, and London 2012 Olympics sponsors General Electric (GE) and EDF, the LED-lighting and cabling system has now been fully installed at no cost to taxpayers.

Tower Bridge has always been on the things to do in London list for any tourist, but now the iconic British landmark is worth revisiting even for hardened travelers. Over the past six months designers and electricians have been scaling the granite ledges and steel suspension chains of London’s landmark to install some 2 km of GE Lighting’s Tetra Contour architectural LED lighting, 1,800 LED lamps, and 1,000 junction boxes with 5,000m of cable. Thus, static lights have been replaced with LEDs that can vary in intensity and colour, while at the same time cutting energy consumption considerably. The new sustainable energy control system has reduced the energy used to light the bridge by up to 40 % compared with the previous system.

“We are incredibly proud to have been involved with the lighting scheme at Tower Bridge,” explained Phil Marshall, President and CEO, GE Lighting EMEA. “The combination of architectural and floodlight LEDs were specified to help reduce the energy used to light the bridge by up to 40 % compared with the previous system. As a London 2012 Sustainability Partner and London 2012 sponsor, GE is excited to have successfully contributed the future of Tower Bridge and to London’s sustainability commitments.” 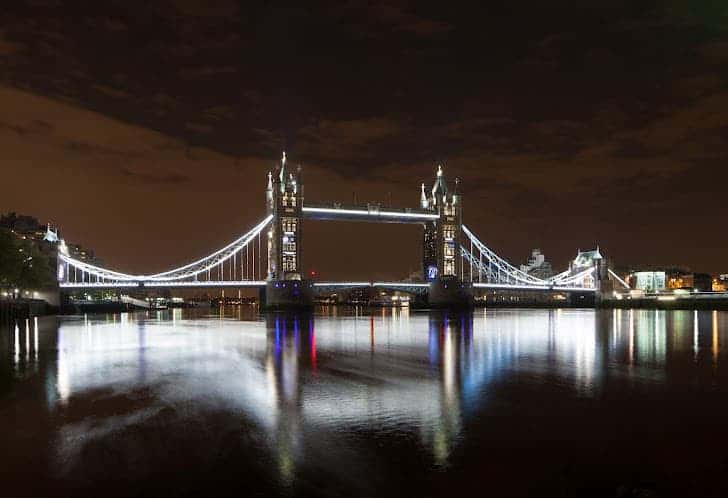 Over the Queen’s Diamond Jubilee, the computer controlled lights were used to make the famous bridge over the Thames gleam in “diamond” white. Now with the Olympics in full swing, Londoners and tourists alike dazzle each evening at the sight of the bridge and the color-changing lights, which highlight the Olympic Rings and Paralympic Agitos fitted to the London icon.

“Furthermore, during the London 2012 Olympics as part of the overall celebrations, there will be an evening light display every evening at 21.00pm for 15 minutes on Tower Bridge, ensuring those in the city can fully enjoy the new lighting scheme and see Tower Bridge – as they never have before,” Marshal said.

Also, the GE Olympics developed an interactive Olympic park map, complete with all the official venues for the Games from the Olympics Stadium, to the Aquatics Center and so on, in fantastic satellite-image detail. Also, besides the lighting system, GE is also directly involved in the Games, as the  ImageQuant™ LAS4000, a biomolecular imager, developed by the company’s Healthcare Life Sciences division is currently in use for the testing process for recombinant erythropoietin (EPO) – a performance enhancing drug that can be used to boost the number of red blood cells enabling vastly improved oxygen flow, increasing an athlete’s endurance.

Check out the video below of the Tower Bridge’s GE lighting in action.