by Tibi Puiu
in Great Pics, Offbeat
Reading Time: 2 mins read
A A
Share on FacebookShare on TwitterSubmit to Reddit 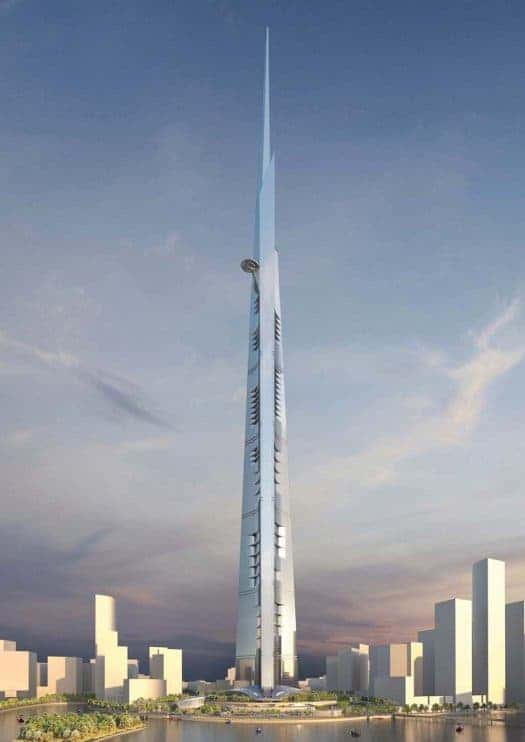 They don’t intend on adding a few more feet to the top either – the Kingdom Tower will extend one mile upwards; almost twice the height of Dubai’s tallest. Prince Al Waleed Bin Talal, head of Kingdom Holding Company recently gave his approval for construction of the giraffe of skyscrapers in the Saudi Arabia’s city of Jeddah.

The building, designed by Chicago-based Adrian Smith + Gordon Gill  (the same architect that designed the Burj), will have its 12 million cubic feet of space structured in several tiers. Office and hotel tiers will each have a couple tens of floors, while most of the inhabiting space will be reserved for residential purpoces – the last tier almost, 100 floors in height, will be spaced for “alternative energy generation”, most likely housing a giant pendulum to keep the building from collapsing (see Taipei’s giant tuned mass damper for reference).

Kingdom Tower’s main attraction will likely be an observation deck on the 157th floor. In total the building is estimated to cost somewhere between 20 and 30 billion dollars.