NASA’s moon gravity mapping to come to a crashing end

As I was telling you in a previous article, researchers from NASA have created a high-res gravity map for the Moon, using two twin man-made satellites – Ebb and Flow. The satellites have done their mission well, shedding light on many of the Moon’s features, but NASA isn’t planning a safe return for them: they are currently being prepared for their final descent, which will lead them crashing down to the Moon, somewhere near its North Pole. 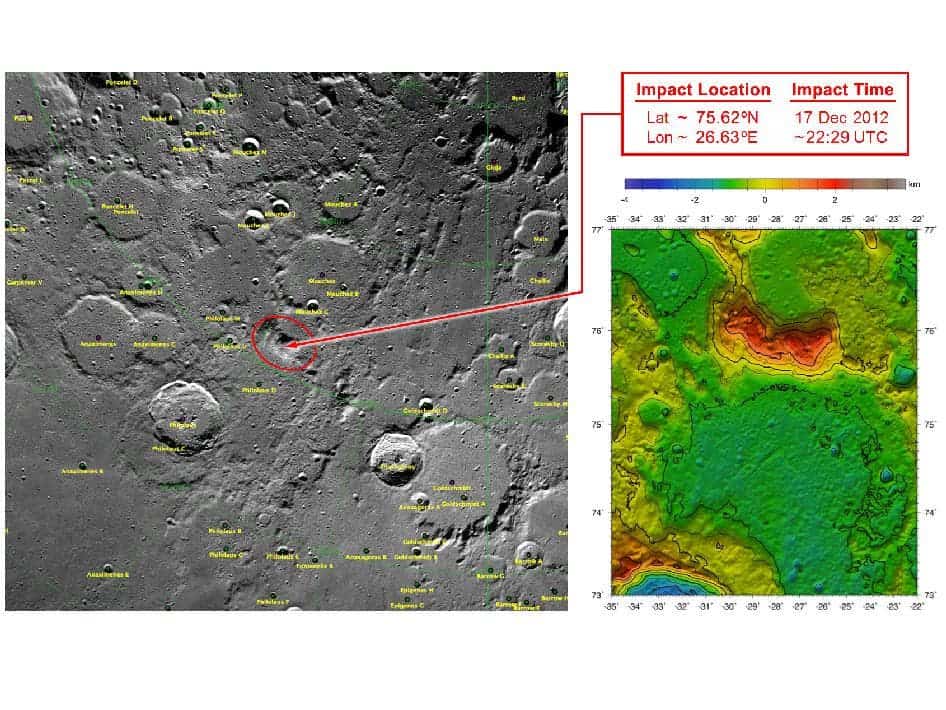 Ebb and Flow, the Gravity Recovery and Interior Laboratory (GRAIL) mission probes are being sent down because their low orbit and insufficient fuel reserves prevent them from fulfilling any other scientific purposes; the probes’ prime and extended missions however generated the highest-resolution gravity field map of any celestial body – truly a major accomplishment. Astrophysicists hope this map will give us a better understanding of how the Earth and the Moon were formed, and how our solar system was during its early days.

“It is going to be difficult to say goodbye,” said GRAIL principal investigator Maria Zuber of the Massachusetts Institute of Technology in Cambridge. “Our little robotic twins have been exemplary members of the GRAIL family, and planetary science has advanced in a major way because of their contributions.”

Their sacrifice will not be forgotten, and thankfully for their honor, no footage of their crash will be available; they will crash into the Moon at a terminal velocity of 1.7 kilometers per second, in a region which will be in shadow at the time.

However, Ebb and Flow will conduct one last mission before they go crashing down; they will fire their main engines until their propellant tanks are empty to determine precisely the amount of fuel remaining in their tanks. While it may seem like nothing, this is actually really important in helping NASA engineers validate fuel consumption models to improve predictions of fuel needs for future missions.

“Our lunar twins may be in the twilight of their operational lives, but one thing is for sure, they are going down swinging,” said GRAIL project manager David Lehman of NASA’s Jet Propulsion Laboratory in Pasadena, Calif. “Even during the last half of their last orbit, we are going to do an engineering experiment that could help future missions operate more efficiently.”

Therefore even now, at the end of the ride, a lot of careful planning and analysis is required.

“Such a unique end-of-mission scenario requires extensive and detailed mission planning and navigation,” said Lehman. “We’ve had our share of challenges during this mission and always come through in flying colors, but nobody I know around here has ever flown into a moon mountain before. It’ll be a first for us, that’s for sure.”

The GRAIL mission is managed by JPL for NASA’s Science Mission Directorate in Washington. For more information about GRAIL visit their website.