Government shutdown to affect science for years to come

by Tibi Puiu
in Other, Science
Reading Time: 3 mins read
A A
Share on FacebookShare on TwitterSubmit to Reddit 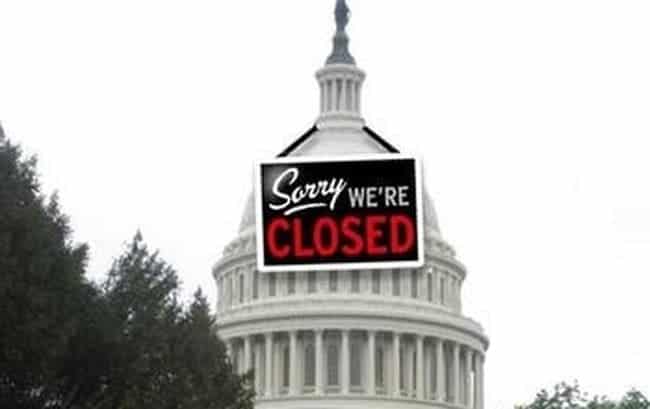 The 19 days long Government shutdown was finally lifted recently, as thousands of employees returned to their day jobs. The consequences of this stalemate period are long and broad, despite its seemingly short time frame. I won’t go into the politics and mechanics of this rather unpleasant event which will most likely go down in history as an episode of bicker. Instead, I’d like to focus on what the shutdown means for science.

During the three weeks long shutdown all government employees, with some exceptions partying to national security, were sent home and all activities were suspended, including vital scientific research. For many fields of science, a shutdown means that a suspended period is very difficult, if not impossible to recuperate in some cases. It’s not like you shutdown a factory, and then recommence production like nothing happened. While temporary, the government shutdown may actually have permanent effects.

In Antarctica, some 3,000 scientists are sent each year for research purposes. For them, the shutdown could not have come in a worse timing. Decades of data on penguins and ice sheets will end up with a glaring gap, undercutting their documentation of global warming. Joseph Levy of the Institute for Geophysics at the Jackson School of Geosciences says he’s likely to lose half a year of data from melting permafrost because he couldn’t get his instruments into place in time. “It’s like a biography of the Earth with a couple of pages in the middle torn out,” he told the New York Times.

Thousands of people who were counting on federal-funded clinical studies on Alzheimer’s, cocaine addiction and heart disease were denied access. Worth noting is the public health danger the shutdown posed. The Consumer Product Safety Commission prevents dangerous products like lead-laden toys and flammable sleepwear from making it into stores. Similarly,  the U.S. Food and Drug Administration  is in charge of  food inspections, including ones for imported seafood like fresh fish and shrimp, which can easily spoil. It’s a safe guess to assume just about anything without screening got in the country during the shutdown.

“This isn’t about a few people who can’t go to the labs like they’re on vacation or something. The whole research enterprise depends on operating 24/7,” said Mary Woolley, president of Research!America, a nonprofit advocating for science-minded agencies.

Then there’s the issue of keeping scientists working on important grants and government research. Some 97 percent of NASA employees in Cleveland and Sandusky in northern Ohio have been furloughed. This means a great deal of instability in the working environment. The budget was voted until January next year – what if a shutdown happens again? Governments have been losing a great number of expertise and talented scientists to private ventures in the past years. Would you work  for a company that suddenly suspends you without notice for weeks a time when you have the opportunity to work someplace else, where you’re actually respected?

“It seems time to consider other ways of paying my salary, if the government puts so little value on science.” . A U.S. Department of Agriculture entomologist told Scientific American.