Science at Last Explains Our Soul

Explaining the human condition with clues from science.

by Damon Isherwood
in Science
A A

The Australian biologist Jeremy Griffith has provided the long awaited, first principal, biological explanation of the human condition, our capacity for so called ‘good and evil’. With the clarifying, biological explanation for why we humans became competitive, selfish and aggressive, it is now possible to look into and explain the rather elusive concept we refer to as our ‘soul’— our species’ instinctive memory of a time when our distant ancestors lived in a cooperative, selfless, loving, innocent state, or, as it is referred to metaphorically in the religious context of the Christian Bible, humanity’s time in the ‘Garden of Eden’. 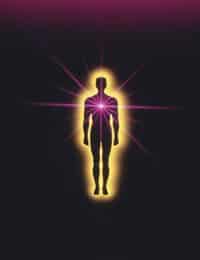 Not all scientists are necessarily adverse to grappling with religious concepts. Recently two quantum scientists have claimed that they can prove the existence of the soul, a quantum entity that acts as the program for the computer of our brain, and exists independently of the physical body after death. One psychologist says that the concept of soul is merely an extrapolation we make based on the duality that we experience between body and consciousness.

Neurobiologists and evolutionary psychologists hold that the soul, or at least a belief in it, evolved as an adaptation to bestow on the individual either an equanimity, or social trustworthiness that ultimately represented a competitive advantage.

The Australian biologist Jeremy Griffith goes further and suggests that not only is our collective unconscious inherited, but it is in fact a genuinely altruistic instinctive orientation. This, he says, is the source of our moral guidance, the voice of which is our conscience, and which we have learnt to call our ‘soul’.

Griffith says that having a selfless instinctive orientation is a truth that humanity could not admit to until we could first explain the crux problem on Earth of the human condition, the dilemma of our capacity for so called ‘good and evil’. This dilemma has troubled the human mind since we first became fully conscious, thinking beings: are humans essentially ‘good’ and, if so, what is the cause of our ‘evil’, destructive, insensitive and cruel side? Until this could be explained, and humans defended, admitting to a selfless instinctive heritage has simply been too confronting of our present selfish and destructive state.

Griffith has at last explained the human condition; and it turns out the explanation is simple: our brains are made up of two different ‘learning systems’; one is a gene-based system, our instincts, a learning system we share with all other animal species, while the other is a nerve-based system—our conscious intellect which is unique to us humans. When our intellect began to develop and challenge our already well-established instincts for control of our minds, a terrible battle broke out between these two learning systems, the effect of which was the extremely competitive, selfish and aggressive state that we call the human condition.

With the defence of our aggressive, selfish state established, Griffith says that it is now safe to admit that we have selfless instincts; and to explain that they were instilled in our primate ancestors through a process he calls ‘love-indoctrination’. Our ape ancestors lived in conditions conducive to extending the period that their offspring spent in infancy, and there was an opportunity for selection for greater and more intense levels of maternalism (where a mother protects her offspring in order to ensure the survival of her own genes). This combination of an extended, nurturing infancy and more maternal mothers then resulted in dependant infants in-effect being ‘trained’ in selfless behaviour, because to an observer such as a child, the mother’s maternalism appears to be selfless behaviour, she appears to be giving her offspring food, warmth, shelter, support and protection for apparently nothing in return. From her infant’s perspective, this is real, unconditional love and the infant’s brain is being indoctrinated in that behavior. Griffith says that if you apply this training across all the members of the group, the result is an unconditionally selflessly behaved, cooperative, fully integrated society. And then, with this training in unconditional selflessness occurring over many generations, the unconditionally selfless behaviour will become instinctive–a moral soul will be established and our genes will inevitably follow and reinforce that development process.

Griffith sites religious texts and classical and modern literature to support his theory. Most scientists attempt to disenfranchise arts and religion as legitimate sources of insight into the human condition. For example in his latest book, The Social Conquest of Earth, E.O. Wilson says that, “The intricate distortions of the mind may be transmitted by the arts in fine detail, but they are constructed as though human nature never had an evolutionary history. Their powerful metaphors have brought us no closer to solving the riddle than did the dramas and literature of ancient Greece.”

With regard to religion, Wilson says bluntly: “Religion can never solve the riddle. The creation myth is a Darwinian device for survival.”

However Griffith says it makes sense that the works of art, philosophy and religion that have resonated down through the ages have done so, not because they were survival tools, but because they contained profound truth about our condition. For example, Griffith says the following lines from Wordsworth’s Ode: Intimations of Immortality from Recollections of Early Childhood, corroborates that humans have altruistic instincts (which Wordsworth equates with a ‘heavenly’ state), which are then later buried by our consciousness:

Our birth is but a sleep and a forgetting:
The Soul that rises with us, our life’s Star,
Hath had elsewhere its setting,
And cometh from afar:
Not in entire forgetfulness,
And not in utter nakedness,
But trailing clouds of glory do we come
From God, who is our home:
Heaven lies about us in our infancy!

Griffith also finds corroboration in the metaphor of the Garden of Eden, and Adam and Eve taking the fruit of the tree of knowledge, a story central to the Abrahamic traditions, arguing that it contains the same truths as those expressed by Wordsworth – that we have a selfless instinctive heritage, and that an emerging consciousness later came into conflict with our instinctive state.

With the scientific explanation of the human condition now found, these texts are revealed to be profound, which is not surprising, because we have always been intuitively aware of our condition.

My obsession is science that sheds light on why we are the way we are. I realise that covers a pretty broad spectrum, but in particular it means I like to stay abreast of psychology, anthropology, genetics, neurobiology - even primatology - and see what they are saying about the human condition.