GeoPicture of the Week: Volcanic Eruption from Above

What we are seeing here is an amazing aerial photograph of the Sarychev Peak Volcano erupting on June 12, 2009. The picture was released by NASA. 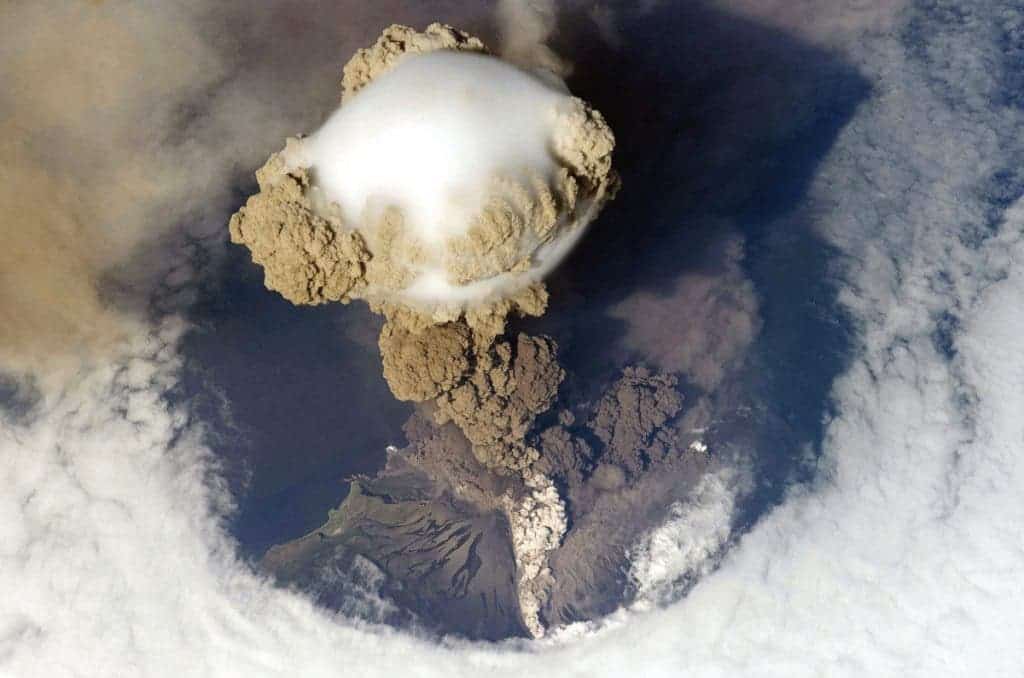 Sarychev Peak is a stratovolcano – a conical volcano built up by many layers (strata) of hardened lava, tephra, pumice, and volcanic ash. During the eruption, the International Space Station passed overhead and astronauts were able to photograph the event. A hole in the overhead clouds, possibly caused by the shock wave from the explosion, allowed a clear view of the plume and pyroclastic flow down the sides of the mountain.