Unique friendship between wolf and bear documented by Finnish photographer 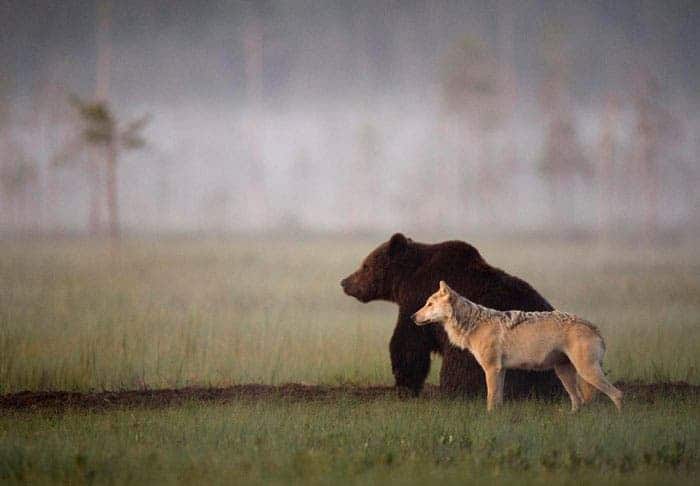 A female gray wolf and a male brown bear were spotted every day for ten consecutive days, spending time together, playing and even sharing food. 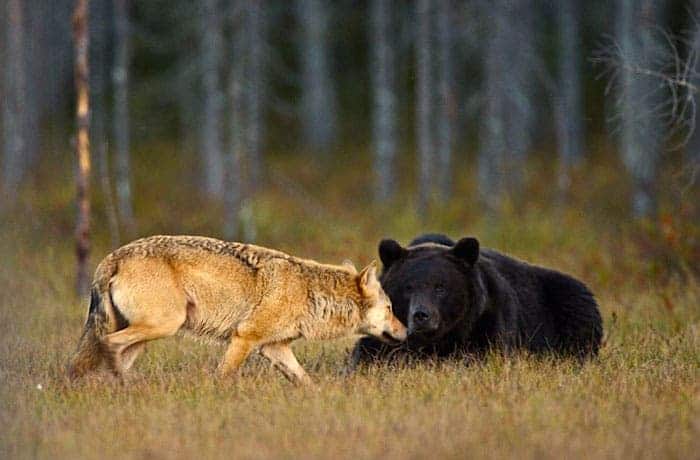 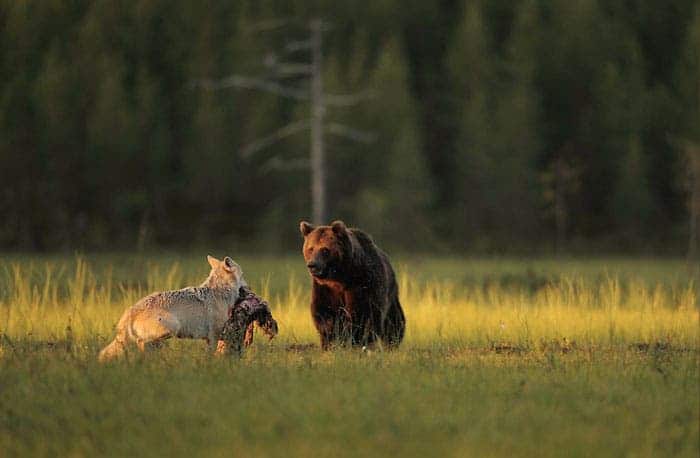 “It’s very unusual to see a bear and a wolf getting on like this” says Finnish photographer Lassi Rautiainen, 56, who took these surprising photos.

From what I could find, it’s actually the first time, at least in Europe, where such a friendship was developed. 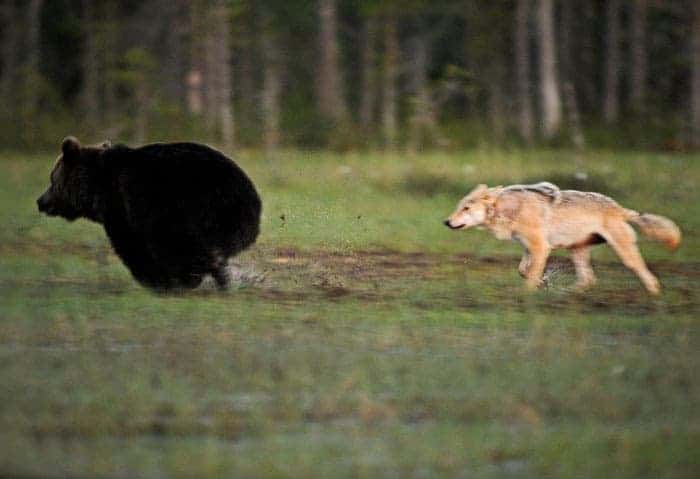 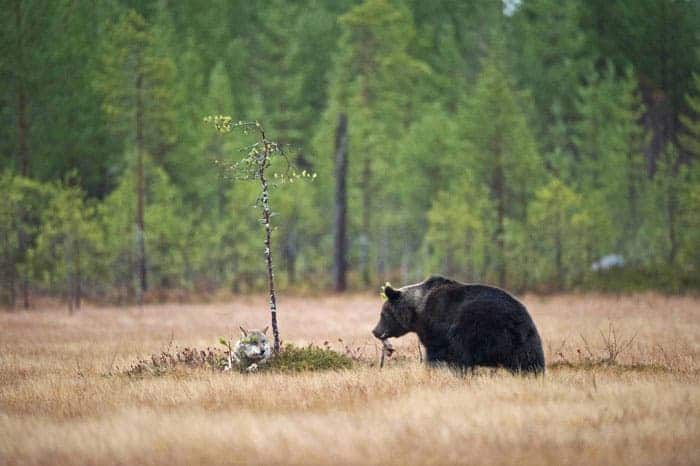 “No-one can know exactly why or how the young wolf and bear became friends,” Lassi said in an interview. “I think that perhaps they were both alone and they were young and a bit unsure of how to survive alone…It is nice to share rare events in the wild that you would never expect to see.” 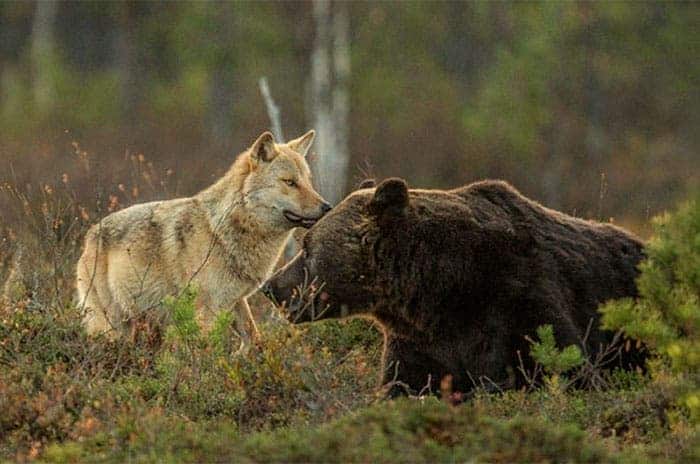 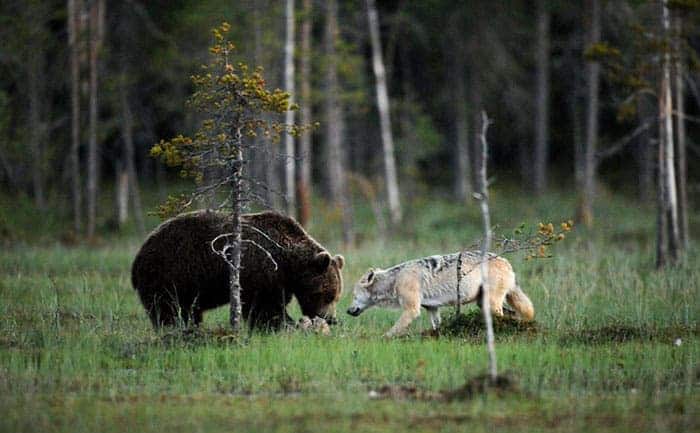 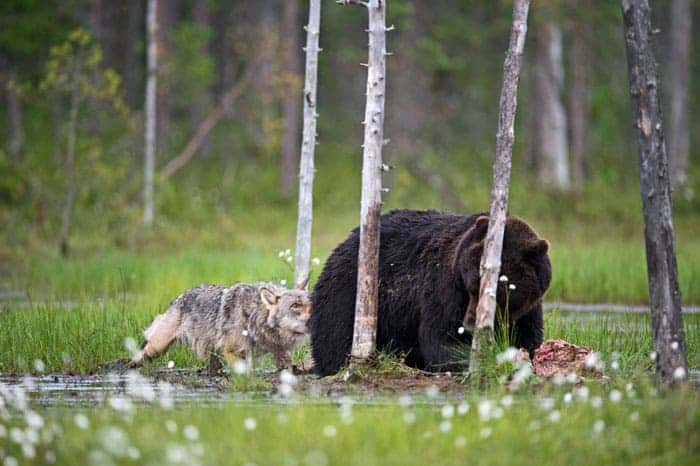 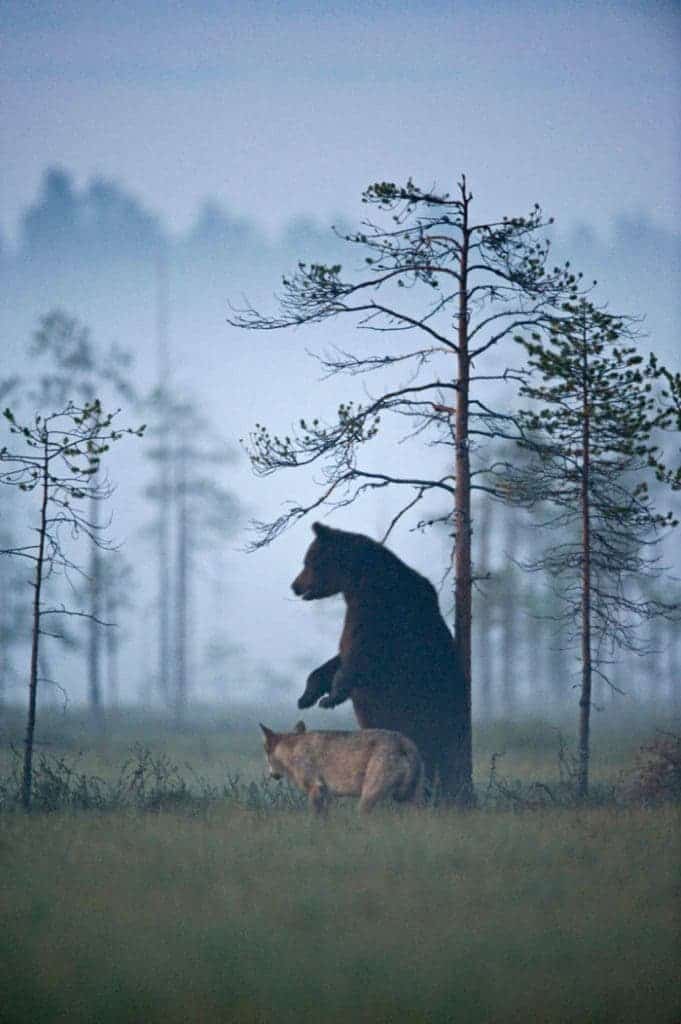 That’s as good a guess as any – there are no scientific studies on the matter, and these cases are extremely rare – especially in the wild. But it’s just so beautiful!

“It seems to me that they feel safe being together,” Lassi adds.