by Tibi Puiu
in Other, Robotics, Science
Reading Time: 3 mins read
A A
Share on FacebookShare on TwitterSubmit to Reddit 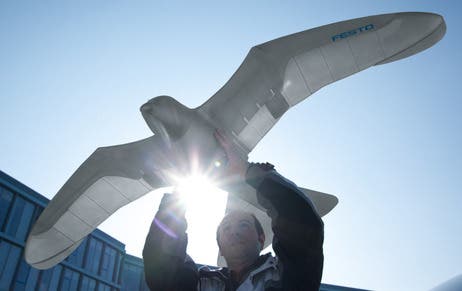 I’m still left in awe after stumbling across this marvelous feat of engineering, which perfectly applies nature’s concepts to science and engineering technology. Seeing the SmartBird model in action immediately makes one imagine one of the world’s greatest minds Leonardo da Vinci on Florence’s hilltops studying and sketching the flight of birds for his aeronautical projects. Yes, this is a bionic bird, built in Germany by Festo, which perfectly moves and feels just as a real bird would, in this case the herring gull after which the SmartBird model was inspired.

The wings flap carelessly and naturally just like a real seagull would, and moves just as gracefully. It’s best you hit play below.

Here’s how the company synopses the SmartBird brochure, which I highly recommend you read.

SmartBird is an ultralight but powerful flight model with excellent aerodynamic qualities and extreme agility. With SmartBird, Festo has succeeded in deciphering the flight of birds. This bionic technology- bearer, which is inspired by the herring gull, can start, fly and land autonomously – with no additional drive mechanism. Its wings not only beat up and down, but also twist at specific angles. This is made possible by an active articulated torsional drive, which in conjunction with a complex control system makes for unprece – dented efficiency in flight operation. 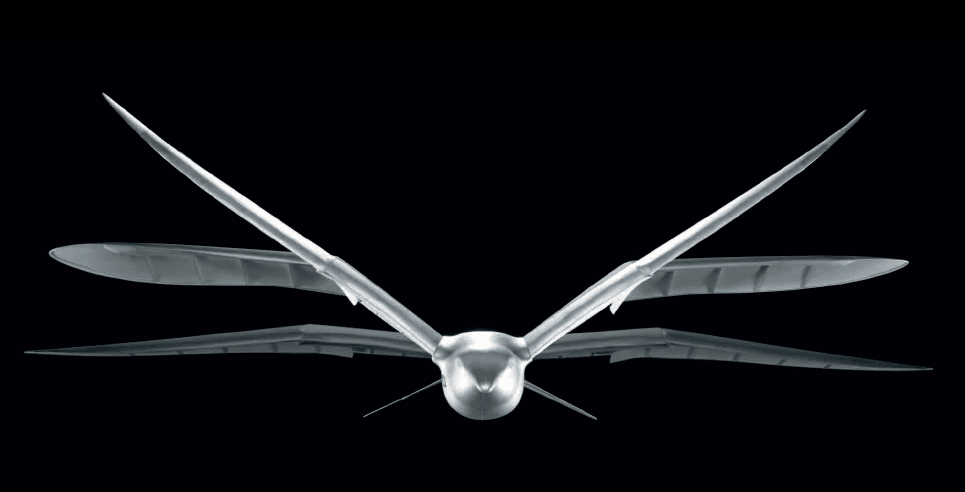 As a soon to be graduate engineer, myself, I simply can’t help praise this incredible effort which took a few years to complete through intense trial and error applications. I can only imagine how painstakingly embarassing their first tries must have been, before they ultimately managed to decipher the spin and torque the wings need to have to mimic the birds, but in the end they managed to deliver something magical.

Technically, the SmartBird only weighs about half a kilo (it’s built out of carbon and foam), has a wing span of 6 feet, and is basically actionable via a remote control. Remarkably, Chief Engineer Markus Fischer took a model down to a Baltic seashore where he  let it fly with real beach gulls, and it stayed up there – the other gulls didn’t seem to notice or care, he relates. 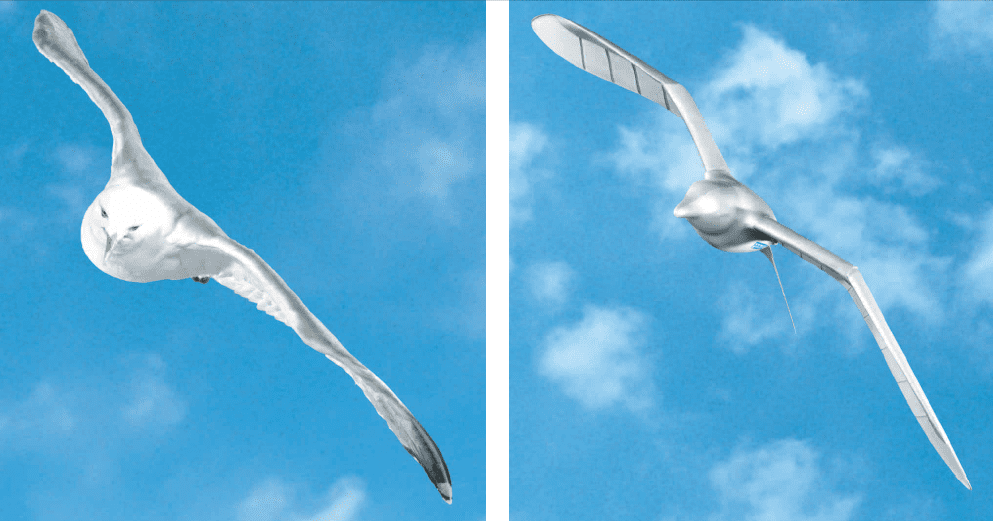 Since I was very curious to find out more about the project, I noticed that the SmartBird isn’t the first engineering marvel the company has undertaken. Actually, Festo has a number of other very fascinating bionic projects, such as an automated elephant trunk that curls, twists, stretches and grasps, bionic human limbs, air penguins and the incredible aqua jelly, which you just need to see to believe. Heck, they even built a humanoid which look props for the Terminator series. Outwardly stuff!

Images and videos courtesy of Festo.