Leonardo da Vinci: inventions and discoveries that changed the world

How Leonardo da Vinci changed the world with his inventions and discoveries.

by Mihai Andrei
in Discoveries, Geology, Inventions
A A 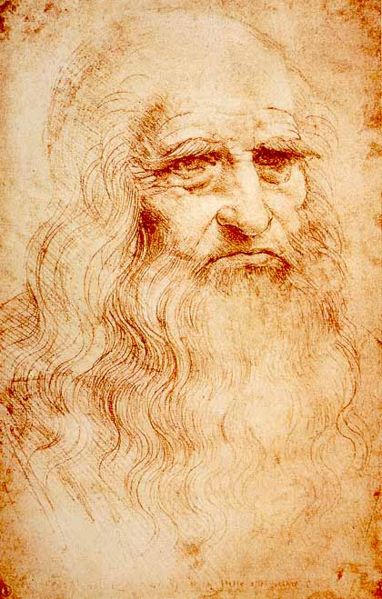 While we know many things about Leonardo di ser Piero da Vinci, many more are still awaiting to be discovered (and sadly, many will never be discovered). Widely considered an archetype of the “Renaissance man”, he was a man whose curiosity was equaled only by his intelligence and talent. He was a scientist, mathematician, engineer, inventor, anatomist, painter, sculptor, architect, botanist, musician, and writer. Many claim he was the smartest man to ever live — a true genius — and his talents in many areas of science and art are simply impossible to deny. After so many centuries of history, one thing’s for sure: he was a one of a kind. Here are some of the things through which Leonardo da Vinci contributed to mankind:

Something as simple yet as important as the scissors had a major importance in the development of mankind. Who knows how many centuries would have passed without being able to utilize this tool had it not been for the man? Just think about all the tailors… not much of a job left for them, huh?

Still, this is one of da Vinci’s more controversial inventions, with archaeological evidence indicating rudimentary scissors from ancient Egypt, and cross-bladed scissors from ancient Rome. However, it is clear that da Vinci made detailed sketches of scissors and likely contributed to an improved design.

The first parachute had been imagined and sketched by Leonardo Da Vinci in the 15th century. It’s hard to believe something as “modern” as a parachute could have been invented over 500 years ago. Leonardo’s parachute design consists of sealed linen cloth held open by a pyramid of wooden poles — about seven meters long. The invention would allow any man to “throw himself down from any great height without suffering any injury,” da Vinci said. Still, because his ideas were way ahead of his time, the technology was not able to sustain his ideas, thus nobody invented a practical parachute until 1783.

Like many of his monumental discoveries, Leonardo’s parachute was never tested. However, the cool part is that in 2000, daredevil Adrian Nichols actually built a parachute based on Leonardo’s designs. Despite great skepticism from most people, the parachute worked smoothly and Nichols even complemented its smooth ride. 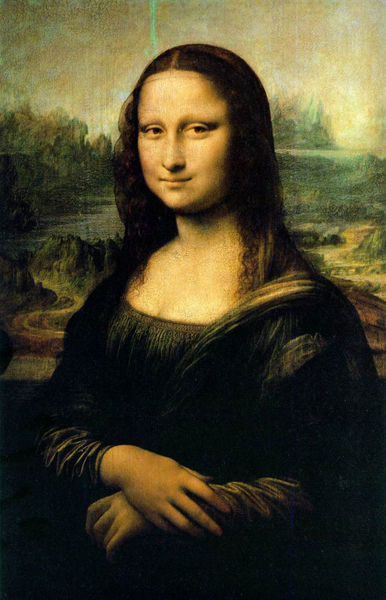 Without a doubt, the most famous painting in the world, the Mona Lisa (or Gioconda) has fascinated people for centuries – and for good reason. It is said that just the lips took 10 years to make! Also, it has fueled an impressive amount of theories not only due to its mysterious smile and implicit (for some) sexual hint, but also because of the fact that it also has some man traits, despite also having pregnant features. Still, it was worth every second, because the entire picture — especially the enigmatic smile — is the crowning of a genius.

The painting is a portrait of Lisa Gherardini, but there’s more to the painting than just Lisa. Many have seen the Mona Lisa as a fusion between both male and female features, while others see in it clear features of the Virgin Mary. Despite not being attractive in a traditional way, Gioconda embodies the ideal woman. Her gaze fixes the observer no matter where he is positioned (seriously, try it), and her legacy fixes a standard for art which was never achieved again.

Leonardo’s formal training in the anatomy of the human body began with his apprenticeship to Andrea del Verrocchio, with his teacher insisting that all his pupils learn anatomy. As an artist, he grew fond of topographic anatomy, drawing many studies of muscles, tendons and other visible anatomical features. His drawing of the Vitruvian man is iconic: a nude male figure in two superimposed positions with his arms and legs apart and simultaneously inscribed in a circle and square was almost a science fiction topic in 1487. The measurements are those of an average man, surprisingly correct (again, for the average man).

But Leonardo didn’t stop there. His most penetrating anatomical studies began in 1506 with his dissection of a 100-year-old man whom he had previously known. He continued acquiring human skulls and corpses for dissection, and as gross as that may sound, at the time, it greatly helped advance science. Unfortunately, he abandoned his anatomic interest after a while and his sketches were lost and forgotten for centuries — some to be never found again.

During his lifetime and even after that, Leonardo was valued as an engineer. Still, with his imagination, it was hard to remain practical all the time, so some of his inventions were not devisable (at least not at that time). In 2001, a vision of his was resurrected by some engineers who built a small bridge based on his ideas. For much of his life, Leonardo was fascinated by the phenomenon of flight, producing many studies of the flight of birds, including his c. 1505 Codex on the Flight of Birds. Still, what chances would you have of somebody actually building the helicopters and tanks you designed? Even today, his engineering ideas still fascinate researchers.

Many of his ideas were unpractical, many were just brilliantly applied, and many had to wait hundreds of years before they could be applied. Also, his connection with the masonry is widely known and speculations have always been made — some more realistic, some complete fantasy. Stay tuned for a list of Leonardo’s more poetic ideas, and speculations that surrounding his unbelievable life.