Featured researchers: this week in science

Artificial sweeteners lead to diabetes and weight gain, more so than sugar

Article
Featured Researcher: Eran Elinav
Affiliantion: ElinavLab, Weizmann Institute of Science
Research Interests: The ElinavLab, located at the Department of Immunology at the Weizmann Institute of Science, studies interactions between the innate immune system, the intestinal microbiota and their effects on health and disease. We strive to develop human personalized medicine.

“In particular, we are interested in the inflammasome, a protein complex of the innate immune system, which functions as a sensor of both microbial products and host-derived damage signals.

Article
Featured Researcher: Simon Katterhorn
Affiliation: Arizona State University
Research Interests: His research program incorporates the fields of structural geology, geomechanics, and tectonophysics, integrating field-based studies with lab-based numerical modeling analyses. He places strong emphasis on the use of analytical and numerical computation in order to better understand the mechanics of deformation in the Earth, and its applications to industry. His interests lie predominantly in the characterization of fracture and fault systems in three dimensions and the mechanics of fault failure as applied to earthquake behavior and fault evolution.

Article
Featured Researcher: Jason Box
Affiliation: Geological Survey of Denmark and Greenland (GEUS)
Research Interests: Dr. Jason Box has been investigating Greenland ice sheet sensitivity to weather and climate as part of 23 expeditions to Greenland since 1994. His time camping on the inland ice exceeds 1 year. Year 2012 brought a deeper level of insight as the scientific perspective shifts to examine the interactions ice with atmospheric and ocean systems, including the role of fire in darkening the cryosphere. As part of his academic enterprise, Box has authored or co-authored 50+ peer-reviewed publications related to Greenland cryosphere-climate interactions.

Schizophrenia is not a single disease but multiple genetically distinct disorders

Article
Featured Researcher: C. Robert Cloninger
Affiliation: Washington University in Saint Louis, School of Medicine
Research Interests: He research on personality and well-being is directed toward person-centered diagnosis and treatment to improve health and quality of life as well as reducing the burden of disease. Mental disorders can be understood as dysfunctions of complex adaptive systems involving many interacting biological, mental, and spiritual variables. Attention is focused on assessing and treating both causes of illness and sources of well-being rather than reducing psychiatry to treatment of symptoms.

Frequent pot smokers may light up to cope with negative emotions

Article
Featured Researcher: Lydia Anne Shrier
Affiliation: Cambridge University
Research Interests: We have contacted her in the attempt to find out more about her research interests. 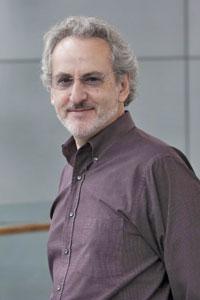 Article
Featured Researcher: Donald E. Ingber
Affiliation: Harvard Medical School, Boston Children’s Hospital
Research Interests: Dr. Ingber is a founder of the emerging field of biologically inspired engineering, and at the Wyss Institute, he oversees a multifaceted effort to identify the mechanisms that living organisms use to self-assemble from molecules and cells. His most recent innovation is a technology for building tiny, complex, three-dimensional models of living human organs, or “Organs on Chips”, that mimic complicated human functions as a way to replace traditional animal-based methods for testing of drugs and establishment of human disease models. 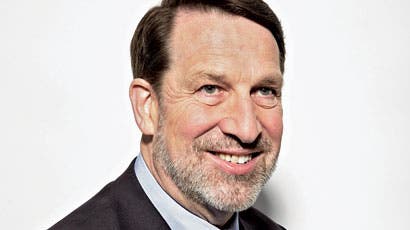 Article
Featured Researcher: Michael Replogle
Affiliation: Institute for Transportation and Development Policy
Research Interests: Michael Replogle is the founder of the The Institute for Transportation and Development Policy (ITDP). The ITDP is a not-for-profit organization based in New York City with staff in Washington D.C., Mexico City, Buenos Aires, Rio de Janeiro, Chennai, Jakarta, and Guangzhou. It was established to promote environmentally sustainable and equitable transportation policies and projects around the world, with an emphasis on developing countries.   All images taken from the researchers’ page.