The day our Sun brought darkness 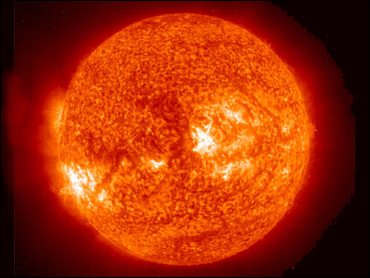 About 20 years ago, on March 13, 1989, the whole province of Quebec, Canada, suffered a blackout that by now has reached legendary proportions among astronomers and electrical engineers. Still, what made it reach this status wasn’t its proportions, but the fact that it was caused by the sun, or a solar storm to be more exact.

Three days earlier, astronomers noticed a powerful explosion on the sun, and just a few minutes after that, the Sun’s magnetic forces had already released a cloud of gas worth more than a billion tons. The cloud headed straight for Earth’s direction and at about 1.000.000 miles/hour, it went straight for us. It even jammed some radio frequencies, which most of Europe thought was the work of Russians, but they soon found out the true cause.

Two days and a half after that, the huge cloud filled with charged particles reached our planet’s magnetic field, with a violence hard to imagine; it caused ‘northern lights’ that could have been noticed all the way to Cuba and it created a magnetic disturbance of unbelievable intensity. Basically, this geomagnetic storm caused electrical currents beneath most of North America; these currents found a weakness in Quebec’s power grid, and just a couple of minutes after that, the whole province was left without electricity. In the 12 hour blackout to follow, people found themselves in darkened offices or homes, stuck in elevators, in cold homes, the whole 9 yards. But the problem wasn’t limited to that area. The whole US was really close to a nation wide blackout. For example New York Power lost 150 megawatts when Quebec went down and New England Power Pool lost 1,410 megawatts at the same moment. Also, power stations from accross the country had pretty much the same problem, but luckily for them, they had power to spare; just barely.

Today, the Quebec blackout remains a good example of how events taking place on the Sun can affect our day to day lives. The good thing is that storms this powerful take place quite rarely, and by learning and studying the problem more, we can also learn how to anticipate and prepare for this kind of events. Check out this amazing animation from NASA.