Folds are some of the most common geological phenomena you see in the world – a geological fold occurs when planar (usually sedimentary) layers are curved and/or bent, permanently deformed due to outside pressure. Folds’ sizes can vary from microscopic to mountain sized, as you can see above.

Despite being a fairly simple process (in principle), folding can occur under a wide variety of conditions and be impacted by a number of factors, such as temperature, mineral composition, hydrostatic pressure and pore pressure, so you end up with a huge variety of folds. Here are the main types, exemplified and described:

A syncline is a concave fold in which the younger layers are closer to the center. Synclines are typically a downward fold, pointing upwards. The top can also be eroded, so you only see the edges of the formation.

Anticline is (you’ve guessed it) like a syncline… but in reverse. An anticline is a fold that is convex up and has its oldest beds at its core. Anticlines are often flanked by synclines, although in real life, additional faulting and erosion can mask the relationship between the two. Anticlines form many excellent hydrocarbon traps and so are very interesting for oil prospectors.

[Also Read: 17 Pictures that will make you want to become a Geologist]

A monocline is a geological structure in which all the layers are bent in one direction. There are several ways through which a monocline can be formed, but the most common one is by differential compaction over an underlying structure.

It’s the type of fold one of the major oil companies was named after – chevron folds exhibit repeated sets of v-shaped beds. They form preferentially in response to regional or local compressive stress, but they require quite specific conditions in order to take form. Four stages mark development of chevron folds: sinusoidal nucleation, concentric folding, straightening of limbs/sharpening of hinges, and tightening of the chevron fold.

Isoclines, or isoclinal folds, have an interlimb angle of between 10° and zero, with essentially parallel limbs.

A dome is a feature in structural geology consisting of symmetrical anticlines that intersect each other at their respective apices. Domes can be formed by either horizontal stresses in a process known as refolding, meteoric impact or through diapirism – the vertical displacement caused by a initially deeper and lighter body as it moves towards the surface.

Basins are, in a way, the opposites of domes – large-scale structural formation of rock strata formed by tectonic warping of previously flat lying strata. Structural basins are geological depressions.

Not all folds are easy to classify, and not all folds can be classified (because you don’t have a good enough visual field, because of strong erosion or other processes masking the fold and so on). Folds are complex, and if you work in the field, you likely won’t be lucky enough to encounter folds like the ones pictured above. But don’t be discouraged! It’s the difficulties that make geology the beautiful science we know and love ! 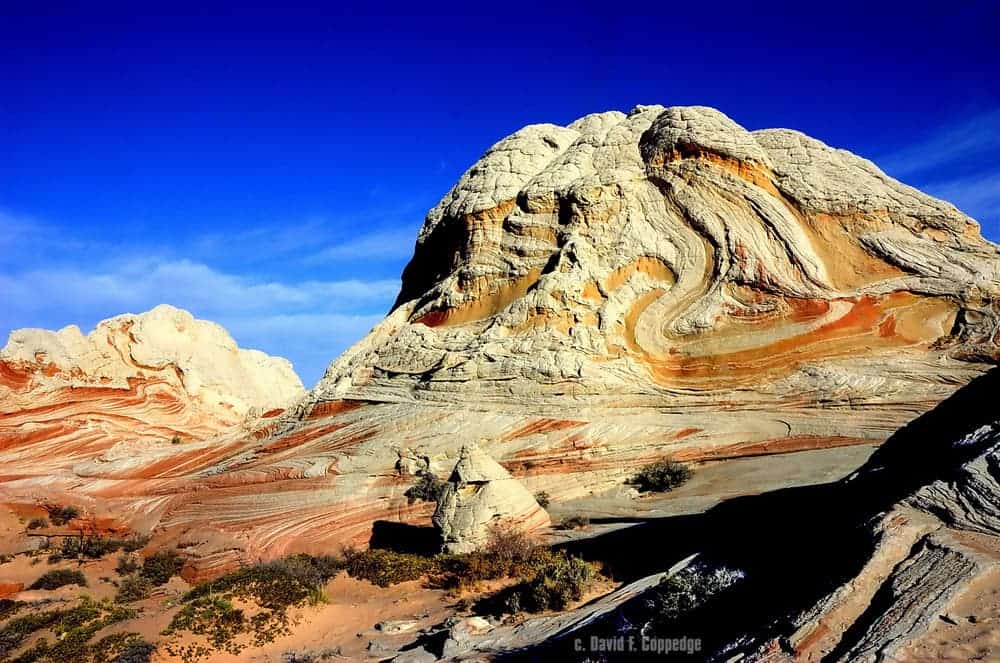