Our world is a strange and awesome place - but some things are just hard to believe! Here are some of the most spectacular ones:

Our world is a strange and awesome place — but some things are just hard to believe! Here are some mind-blowing geography facts.

Canada has more lakes than the rest of the world combined

Canada is the second largest country on the face of the Earth, and it has a lot to brag about. Out of all the natural lakes in the world, more than 50% are situated in Canada.

The number of lakes larger than three square kilometers is estimated at close to 31,752 by the Atlas of Canada, of which 561 lakes have a surface area larger than 100 km2, including four of the Great Lakes. All in all, a whopping 9% of Canada’s surface is covered in fresh water.

After Warsaw, Chicago has the largest Polish population in the world

Warsaw is Poland’s capital, having under 3 million inhabitants, out of which 95% are have Polish origins. However, besides Warsaw, there isn’t a single city with a larger Polish population than Chicago, even though Poland number 40 million inhabitants.

Chicago is the third largest city in the US, with 7.5 million people living in the metropolitan area. Due to the huge Polish population, the architecture and culture of the city greatly resemble that of Poland, and you can find Polish theaters, markets, even a newspaper.

It’s pretty difficult to say just how much of Chicago’s population is Polish, with estimates ranging from 150,000 inhabitants to 10 times more – there’s no exact number.

Where would you expect to see the world’s largest city? China, India, Russia? Just so you can make an idea, this city in inner Mongolia (China) is about as half as big as France, and it’s just a city !

However, the urban agglomeration is just a small fraction of the city, with the area population density being otherwise really small. All accross the megacity you can see large landscapes of grassland, and industrialization is only existant in the center. For all its surface, the city has “only” 2.5 million inhabitants.

The driest place on Earth is near Ross Island, Antactica; it hasn’t rained there for millions of years

Yes, Antarctica is the driest place on the Earth, with the Atacama desert being 2nd, and Sahara the third.

The deepest hole dug by man is over 12 km deep 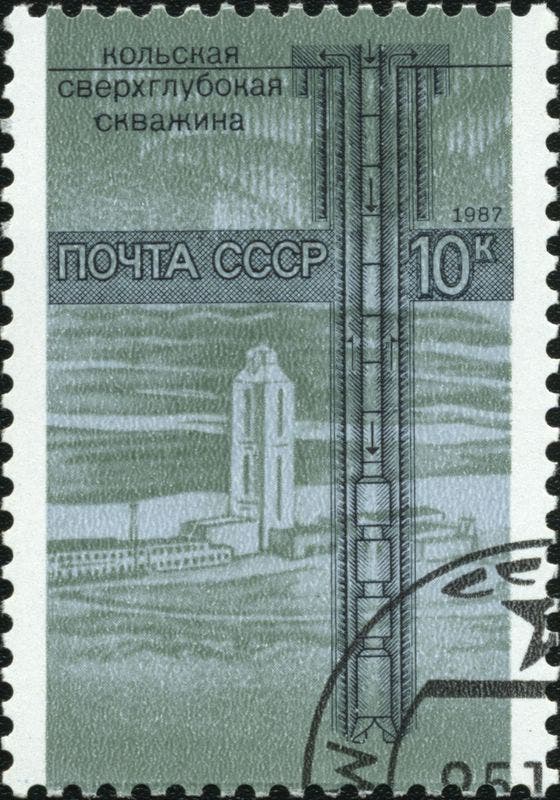 The Kola Superdeep Borehole has a depth of 12,261 meters — that’ s one and a half Everest long, or deeper than the Mariana trench.

The borehole also led to some interesting discoveries, including a massive amount of hydrogen, so massive that the mud was actually “boiling” with it.

In New York, there are more Italians than in Rome, more Irish than in Dublin and more Jews than in Tel Aviv

The big apple stands out anytime, no matter who you are or what you’re interested in. But still, I was really shocked to see this. I mean, with Rome having more than 3.5 million people, Dublin at 1 million and Tel Aviv at more than 3, that’s almost 8 million people !

Not to mention the other nationalities (which are quite abundent), one can only wonder how many Americans are living in New York.

Now c’mon people, hit me with your best geographical fact !