What Einstein thought about God, the Universe, science and religion

Einstein is also often misinterpreted and even misquoted. So what did the brilliant man think of the Universe?

Albert Einstein is one of the world’s greatest scientists, but his legacy goes even beyond science. To this day, his views are highly influential, and his beliefs inspire people from all around the world. But Einstein is also often misinterpreted and even misquoted. So what did the brilliant man think of the Universe?

“God does not play dice with the Universe”

Perhaps one of the most famous quotes in history, Einstein’s statement is often taken out of context. People usually see it as an expression of faith that a God exists — and even more, that he is somehow taking care of the world. Yet that’s hardly the case here.

The quote stems from a letter EInstein addressed to Max Born, one of the fathers of Quantum Mechanics. The full phrase is:

“Quantum theory yields much, but it hardly brings us close to the Old One’s secrets. I, in any case, am convinced He does not play dice with the universe.”

One basic tenet of quantum mechanics is ‘Heisenberg’s Uncertainty Principle‘, which states that one cannot simultaneously measure the position and the momentum of a particle. The more you know about one, the least you know about the other. For the observer, this implies an element of randomness, and Einstein just didn’t agree with that. He yearned for a simpler, elegant, and explicit way of describing nature. His “God does not play dice” isn’t an expression of faith or destiny, it’s the expression of a need for the math to be stricter. Einstein was basically saying that it just doesn’t seem right to not be able to measure a particle’s properties with certainty. He believed that there must be an underlying physical law which can allow us to do so.

To this day, while we know that quantum mechanics works (we see it in very practical applications such as transistors, MRIs or nuclear energy), we don’t know how to fit it with the rest of physics. Einstein may yet be right and there may be an underlying law we just haven’t discovered yet. In his letter to Born, Einstein added:

“You believe in a God who plays dice, and I in complete law and order in a world which objectively exists, and which I in a wildly speculative way, am trying to capture. I firmly believe, but I hope that someone will discover a more realistic way, or rather a more tangible basis than it has been my lot to find.”

If you’re still not convinced, Einstein himself cleared things out — several times. In his Autobiographical Notes, he writes that his religious beliefs came to an abrupt end during childhood.

“I came—though the child of entirely irreligious (Jewish) parents—to a deep religiousness, which, however, reached an abrupt end at the age of twelve. Through the reading of popular scientific books I soon reached the conviction that much in the stories of the Bible could not be true.”

In a 1947 letter, he dismissed the idea of a God that concerns himself with mankind.

“It seems to me that the idea of a personal God is an anthropological concept which I cannot take seriously.”

In a letter to Beatrice Frohlich five years later, he reiterated this idea, being dismissive of the religious understanding of a God.

“The idea of a personal God is quite alien to me and seems even naïve.”

Still, Einstein wasn’t really an atheist. According to Prince Hubertus, Einstein hated being misinterpreted as such:

“In view of such harmony in the cosmos which I, with my limited human mind, am able to recognize, there are yet people who say there is no God. But what really makes me angry is that they quote me for the support of such views.”

He considered himself more of an agnostic (nothing is or can be known about the nature of God), and in a way he did believe in a God. He believed in ‘Spinoza’s God.’

Baruch Spinoza is one of the world’s most influential philosophers, his views of metaphysics being hotly debated to this day. Spinoza proposed that God is not a personal manifestation, not one being, but rather a manifestation of everything that’s harmonious. In a way, God is Nature.

But this wasn’t a religious view. Instead of being a conscious being, God is a manifestation of the beauty of the Universe. This is the so-called Spinoza’s God.

“I cannot conceive of a God who rewards and punishes his creatures, or has a will of the type of which we are conscious in ourselves. An individual who should survive his physical death is also beyond my comprehension, nor do I wish it otherwise; such notions are for the fears or absurd egoism of feeble souls. Enough for me the mystery of the eternity of life, and the inkling of the marvellous structure of reality, together with the single-hearted endeavour to comprehend a portion, be it never so tiny, of the reason that manifests itself in nature.” 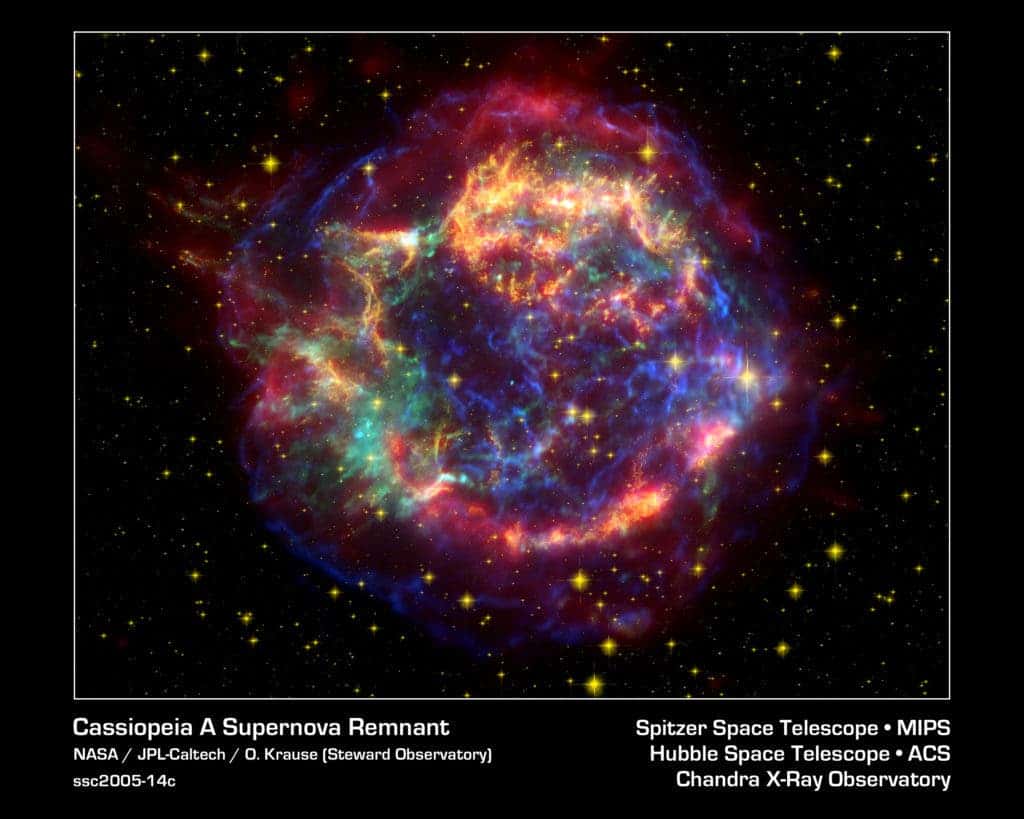 To Einstein, science was more spiritual than religion, because science allows us to better understand the Universe. While our minds are not yet capable to fully understand its wonders, an attempt to do so brings us closer and closer to God. As we understand more about the Universe, we become closer to it.

“We see a universe marvelously arranged, obeying certain laws, but we understand the laws only dimly. Our limited minds cannot grasp the mysterious force that sways the constellations. I am fascinated by Spinoza’s Pantheism. I admire even more his contributions to modern thought. Spinoza is the greatest of modern philosophers, because he is the first philosopher who deals with the soul and the body as one, not as two separate things.”

In 1930, Einstein published one of the most discussed essays of the time. In The New York Times Magazine, he discussed his cosmic religion. He declared himself averse to the idea of heaven and hell, but he also discussed the connection between religion and science. He asserted that “even though the realms of religion and science in themselves are clearly marked off from each other” there are “strong reciprocal relationships and dependencies.” Perhaps most intriguingly, he states that in the way he sees things, there can be no conflict between science and religion. The two are distinct, but sometimes intertwined.

“A person who is religiously enlightened appears to me to be one who has, to the best of his ability, liberated himself from the fetters of his selfish desires and is preoccupied with thoughts, feelings and aspirations to which he clings because of their super-personal value. [..] Accordingly a religious person is devout in the sense that he has no doubt of the significance of those super-personal objects and goals which neither require nor are capable of rational foundation. [..] In this sense religion is the age-old endeavor of mankind to become clearly and completely conscious of these values and goals and constantly to strengthen and extend their effect. If one conceives of religion and science according to these definitions then a conflict between them appears impossible. For science can only ascertain what is, but not what should be.”

Einstein was a complex man with complex views which are not always easy to understand. However, the belief that he followed Christianity, Judaism, or any religion, is baseless. He said it so himself numerous times. He found the Universe beautifully harmonious, and he believed that to be an expression of God.

Where do you stand on this? Do you need an anthropomorphic God? Are you on board with Einstein? Leave your opinion in the comments.