by Tibi Puiu
in Other, Technology
Reading Time: 3 mins read
A A
Share on FacebookShare on TwitterSubmit to Reddit 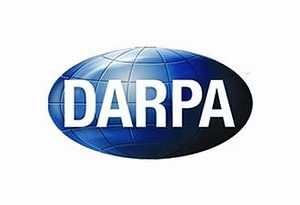 Along the years DARPA has proposed, tested and implemented a slew of preposterous sounding projects like the Minority Report-like interface  threat detection system, the firefighting robot or the surrogate soldier program that aims at deploying robots that bind to a soldier’s will just like the movie Avatar.  Yes, the agency seems to have a thing for movie inspired projects, but I for one couldn’t be more thrilled by this. Out of the box thinking is something governmental agencies generally lack, so it’s always inspiring to hear about new plans from DARPA.

The latest seems audacious, but if ever actually implemented it might provide the US Navy with a tremendous strategic advantage. Apparently, DARPA is thinking deploying drones at the bottom of the world’s seas and oceans as part of  DARPA’s Upward Falling Payloads program. Initially inactive, when duty calls, these drones would awaken from their slumber and travel to the surface providing operational support including situational awareness, disruption, deception, and rescue.

“The goal is to support the Navy with distributed technologies anywhere, anytime over large maritime areas. If we can do this rapidly, we can get close to the areas we need to affect, or become widely distributed with out delay,” said Andy Coon, Darpa’s programme manager.

DARPA insists that this is not a weapons program, still if they manage to pull this off I fear temptation of deploying weaponry would be far too great for military officials to resist. The plan ins’t without hurdles, though. First of all the bottom of seas and oceans are extremely inhospitable environments for living beings and machines alike. The pressure levels there are simply extreme, and containers carrying the drones might prove to be extremely difficult to build and expensive.

Then there’s the technical issue of waking up these drones after possibly years of inactivity. Constant communication with these drones would be required, something extremely difficult to achieve at these depths. Then there’s the matter of propelling these drones to the surface of ocean. All of these have been discussed, and currently DARPA is actually open for suggestions  from anyone on how to tackle these issues – again a hallmark that differentiates the agency from other government bodies.

“We are simply offering an alternative path to realize these missions without requiring legacy ships and aircraft to launch the technology, and without growing the reach and complexity of unmanned platforms,” said Coon.