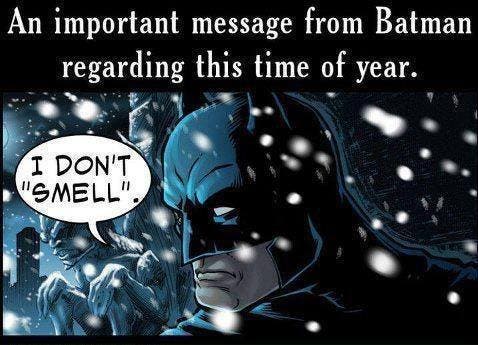 People living in areas with distinct seasons will often say — “smells like winter outside”. It’s that distinct odor in the air, which most of us can’t quite grasp and describe into words. What makes winter smell the way it does, though? What differentiates it from other seasons, say summer, isn’t some new kind of smell in the atmosphere that comes with the season, but rather the perception comes as a result of your nose getting desensitized.

When it’s cold outside, the olfactory receptors that lie deep inside the nose – onto which odor molecules attach causing an electrical signal to be sent to the brain which we process into smell – nestle themselves deeper in the nose, as a protective response against low temperatures that might hurt them. This makes it harder for odor molecules to cling and, consequently, affects your smell.

Also, suspended molecules travel faster through the atmosphere with rising temperatures. During the cold winter, molecules are slower, which might explain why you’re bombarded by some many smells during summer time or why some particular odors are so intense (garbage day, yuck!) during scorching hot days. The same reasoning applies to food as well. Think of the smell of a hot soup versus a cold one.

Of course, there’s the undeniable psychological component, that need not be neglected. Most often than not, what we expect to smell is what we actually smell, even though that specific perception shouldn’t naturally occur.

“What you think a smell will be impacts whether you like it and what you perceive it to be,” said Alan Hirsch, a neurologist and psychiatrist in Chicago for Discovery. “So, if you go outside in the winter and you are used to smelling snow or chestnuts in the fire or whatever you happen to smell outside, that’s what you will interpret smells to be.”