Yet another study shows that vaccines don’t cause autism

Vaccines don't cause autism -- the myth just needs to go away.

Researchers found that the mumps, measles, and rubella (MMR) vaccine does not increase the risk of autism, does not trigger autism, and is not associated with autism in any relevant way. 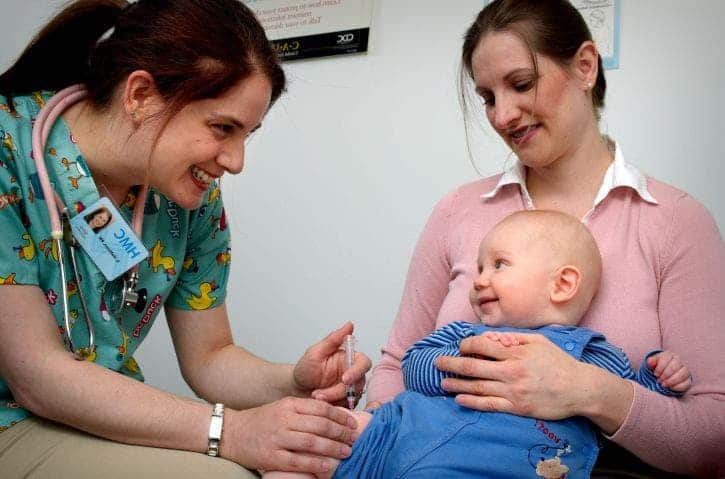 More than 20 years ago, Andrew Wakefield published what is perhaps the most horrid paper in modern history: he reported a hypothesis that linked the measles, mumps, and rubella (MMR) vaccine to autism. The paper has long been retracted and discredited, and Wakefield’s methodology was so flawed and fraudulent, that even his medical license got revoked. Study after study showed that there’s just nothing to the Wakefield study, but nevertheless, his ideas were picked up and became the seed that bloomed into the antivaxxing community. Today, vaccination rates are decreasing significantly in many parts of the world, with more and more children becoming sick and dying as a result.

Hoping to help change that perception, a team of Danish researchers studied the potential effect of the MMR vaccine on children who are at risk of autism.

“We see vaccine skepticism growing,” says the study’s lead author Anders Hviid, an investigator at the Statens Serum Institut, the national public health organization in Denmark. “So we thought it was a good idea to revisit the hypothesis and try to get scientific answers to the different criticisms from skeptics of the original study.”

Hviid and colleagues studied a total of 657,461 children, evaluating whether the MMR vaccine increased the risk of autism in children over more than 10 years, from 1999 to 2010. Vaccination rates were around 95%, and 6,517 children were diagnosed with autism over the study period.

There was absolutely no connection between vaccination and autism, neither in the general study population nor in the at-risk children. In other words, children vaccinated with MMR did not develop autism at a significantly different rate than those who were not vaccinated. Furthermore, the timing of autism diagnoses did not cluster after the MMR vaccination

Around the world, measles cases increased by 48.4% between 2017 and 2018, according to data from the World Health Organization (WHO). The WHO has declared vaccine hesitancy as one of the top 10 threats to global health. At this point, there have been 17 studies done across 3 continents involving millions of children, all finding the same thing: vaccines don’t cause autism.

The myth that vaccines cause autism needs to go away. It’s been disproven time and time again and it’s putting the health of children (and to a lesser extent, also adults) at risk.

“This idea that vaccines cause autism is still around and is still getting a lot of exposure in social media,” noted Anders Hviid, lead study author and senior investigator at Statens Serum Institut in Denmark.